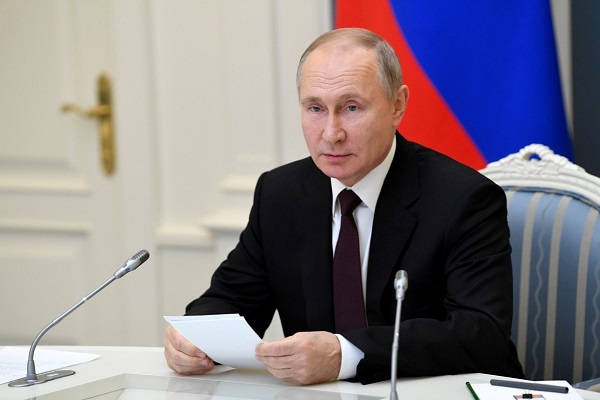 He made the remarks in his address to the participants of the 12th International Economic Summit "Russia-Islamic World" that opened in Kazan on Wednesday.

"Relations between Russia and Muslim countries are traditionally friendly and constructive. We are actively cooperating in the interests of promoting interfaith and inter-civilizational dialogue, ensuring international stability and security, and building a more just and democratic world order. Multidimensional ties in trade, economic, investment, scientific and technical, humanitarian and many other areas yield good returns," the Russian leader said in a message published on the Kremlin's website.

"I would like to emphasize that our partners can fully rely on Russia’s support and assistance in the efforts to overcome regional crises and acute social issues, in countering all manifestations of terrorism and extremism," Putin said, according to TASS.

He voiced confidence that the discussions at the event would be substantive and constructive.

The International Economic Summit "Russia-Islamic World: KazanSummit" has been held for 12 years, but last year it was canceled due to the COVID-19 pandemic. The forum took place for the first time in 2009 when 250 participants attended. In 2019, more than 3,500 people attended the event. The organizers said the summit’s key goal is to facilitate cooperation and maintain dialogue in economic, political, and cultural fields between Russia and members of the Organization of Islamic Cooperation (OIC).