General
News ID: 3475406
TEHRAN (IQNA) – The Lebanese army said Monday it had detained a man wanted over an attack on Shia Muslim mourners at a funeral where three people were killed. 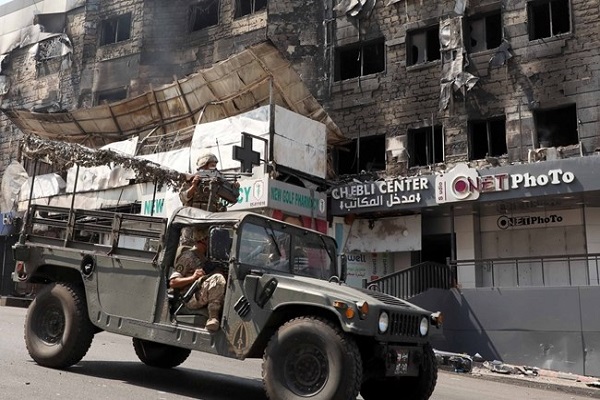 The shooting in Khaldeh, a town south of Beirut has prompted leaders to warn against an escalation in tensions as Lebanon grapples with political and financial crises.

The attack targeted the funeral of Hezbollah member Ali Shibli who was shot dead on Saturday during a wedding.

Sunni Arab tribes claimed responsibility for that shooting, saying they had taken revenge for the killing of one of their members last year in Khaldeh.

Army intelligence stormed the homes of a number of wanted people and detained a man who was involved in the funeral attack, the army said, Reuters reported.

Hezbollah has said it is seeking to maintain calm.

"You don't want strife, then come and surrender those killers to the state," Hassan Fadlallah, a Hezbollah MP, said in an interview with al-Jadeed TV late on Sunday.

People were "boiling" and the group could not control them all, he said.

Shibli's coffin was draped in a Hezbollah flag at his funeral in the town of Kunin in southern Lebanon.

Clerics prayed over the casket and Hezbollah fighters wearing camouflage and red berets were in attendance, footage broadcast by al-Manar TV showed.