General
News ID: 3475428
TEHRAN (IQNA) – One person died and three were injured when a fire broke out on a military bus in a army compound in Damascus early on Wednesday, Syrian state news agency SANA reported. 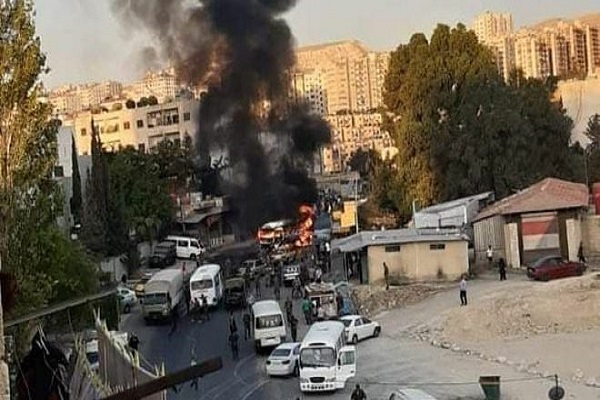 One source at the site of the explosion suggested an electrical fault had set the petrol tank on fire, the agency reported.

The explosion happened in the bus while it was near the entrance of a heavily fortified Republican Guards housing compound in the west of the Syrian capital, SANA said, Reuters reported.

Another source with knowledge of the matter, who asked not to be named, said at least five military personnel were killed and 11 other personnel were wounded in the blast.

Blasts in Damascus have been rare since Syrian forces took control of rebel enclaves around the city.

Ten years into Syria’s conflict, President Bashar al-Assad has survived the insurgency which started with