General
The link was copied
News ID: 3475609
TEHRAN (IQNA) – Members of the Langley Islamic Center in Langley, Canada’s British Colombia, are "shocked" and "disappointed" after receiving a threatening and racist letter. 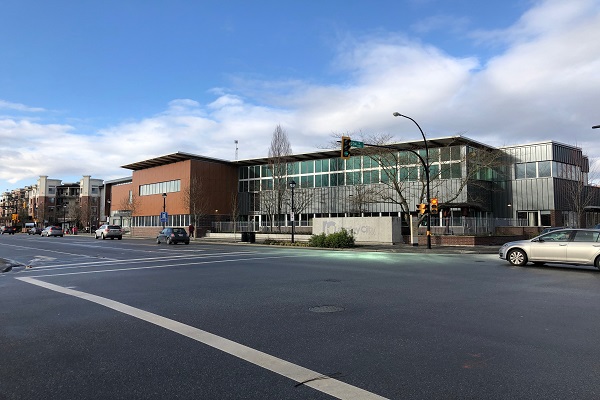 The letter was mailed anonymously on August 26 and makes a threatening demand for the center to close in two months. It makes reference to the Christchurch mosque attack, where a white supremacist killed 51 worshippers at two mosques in New Zealand, on March 15, 2019.

"The feeling that came back originally was of disgust and shock. I don't think people believe we live in a world where things like this still exist. Some people are upset, some people are furious," said Imam Fawad Kalsi of the Langley Islamic Centre.

RCMP are investigating the incident.

Fatema Abdalla with the National Council of Canadian Muslims says Canada is in the midst of a crisis of hate, systemic racism and Islamophobia.

"Enough is enough. Our communities should not have this constant fear of being a target, especially in our own places of worship," she said.

The letter, which was written using letters cut from a magazine, says it is from the "KKK."

"This showcases the very urgent need to do more, especially when it comes to the rise of white supremacist groups across the country."

Abdalla says the National Council of Canadian Muslims is calling for more action against white supremacy. She says there are more than 250 white supremacist organizations in Canada and a national action plan is needed.

Kalsi says while members of his congregation are "disgusted" by the letter, it will not intimidate them or discourage them from attending prayers.

"We are a resilient community, really we have nothing to be afraid of," says Kalsi, who noted the Township of Langley is home to more than 2,000 Muslims.

Kalsi says the day after the letter was sent, hundreds of members still showed up for prayer, many with their kids.

"I think most people just feel confused. Why is this happening in Canada when all we do is live our peaceful life."

Security measures at the Langley Islamic Centre, which has about 500 members, have been ramped up to ensure everyone's safety and comfort, he said.

"Our religion teaches us that we are all brothers and sisters, even these disturbed individual or individuals who wrote this ... if there are misconceptions about our faith, reach out and let's sit down together and educate one another."

Abdalla agrees education is key to combating this growing problem.

"It's really nerve-racking to have to walk down the street and cautiously watch your back now and then, to ensure you're safe, but this showcases the need for more action by community members, by our government."

Langley RCMP has enlisted the help of the B.C. Hate Crime Unit and the Integrated National Security Enforcement Team for their investigation. Police are also working with leadership of the Islamic Centre to address safety concerns and develop strategies as they move forward.