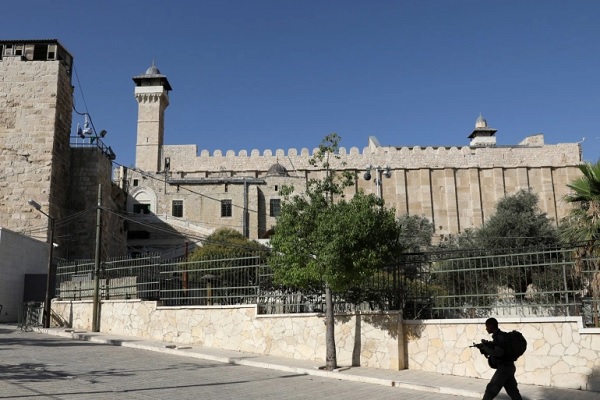 Sheikh Hefzy Abu Sneina, the Mosque’s director, said on Tuesday that Zionist authorities have closed of the Mosque for two days as of Tuesday evening for holding the so-called Throne Day.

After announcing the closure, the Zionists removed the Mosque’s carpets and all the sections of the place were opened to settlers, he said.

Abu Sneina also added that since the start of this September, the Israeli forces have prevented the call to player in the Mosque more than 60 times.

Israeli settlers have been celebrating a number of holidays since early September and the events will end in September 27. The Israeli regime’s amry imposes sever restrictions in the Gaza Strip and the West Bank during the events.

The Ibrahimi Mosque, located in the Israeli-controlled section of Hebron known as H2, has been divided between Muslims and Jews since the massacre on February 25, 1994 of Muslim worshippers as they were performing the dawn prayers on a Ramadan day by a Jewish settler.

Last week, Abu Sneina told WAFA that Israeli forces stormed and desecrated the mosque and its courtyards with their boots, verbally and physically assaulted Waqf employees, forced worshippers out, and prevented their access to the mosque under the pretext of securing the entry of settlers to mark the Yom Kippur Jewish holiday.