Hezbollah Underlines Using All Means to Counter US Sanctions 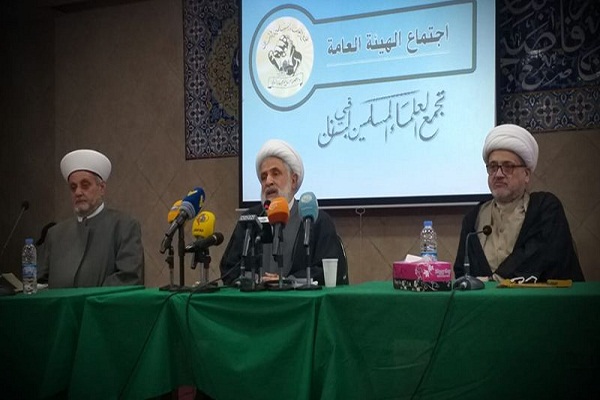 Speaking in a gathering of Lebanon’s Muslim scholars, he said Hezbollah will use every legitimate means to support Lebanon’s people and stand up to the US siege, Al-Ahed News reported.

He added that the movement will not give in to any diktat from any side.

The senior cleric stressed the need for being strong and ready to confront all challenges at every level.

He also called on the new Lebanese government to demand an end to the US sanctions.

Elsewhere in his remarks, Sheikh Naim Qassem said Hezbollah will continue its resistance against the Zionist regime.

Hezbollah has taken measures, including supplying Iranian fuel to Lebanon, to ease the pain of the people in the country, which is nearly paralyzed by fuel shortages amid an economic crisis.

The US, however, has exacerbated Lebanon’s woes by imposing a siege on the Mediterranean country in a bid to force the formation of a Western-friendly administration.