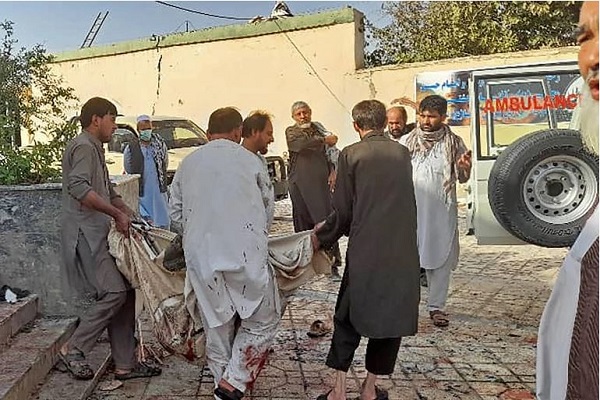 In a statement, Al-Azhar slammed the terrorist attack which targeted Friday prayers in the mosque in Kunduz province in strongest term, according to Youm7 website.

Rejecting all acts of violence and terrorism against places of worship, Al-Azhar stress that those behind such terror attacks have been deviated from the values of religion, bear no human values, and are deliberately trying to distort image of religion. The Egyptian center also called on the international community to unite and counter terrorism.

Expressing condolences to the Afghan people and families of victims, the Islamic Center wished speedy recovery for the injured.

In a separate statement, Grand Mufti of Egypt Shawki Allam vehemently slammed the terror attack. Islam rejects all forms of assault on innocent people, noted Allam, adding that crimes such as murder are among most heinous crimes that require severe punishment both in this world and the hereafter.

Terrorist attacks against places of worship shows the satanic nature of terrorism, he stressed.

The ISIL terrorist group has claimed responsibility for Friday’s attack on a Shia mosque in Kunduz province which killed some 100 people.

The worshippers targeted in Friday’s attack were Hazaras, who have long suffered from double discrimination as an ethnic minority and as followers of Shia Islam in a majority Sunni country.

Groups affiliated to the ISIL (ISIS) group have a long history of attacking Afghanistan’s Shia Muslims.