General
The link was copied
News ID: 3476036
TEHRAN (IQNA) – A hunger strike has been launched by hundreds of Palestinians held in Israeli jails in protest against the Zionist regime’s intensified crackdown on detainees. 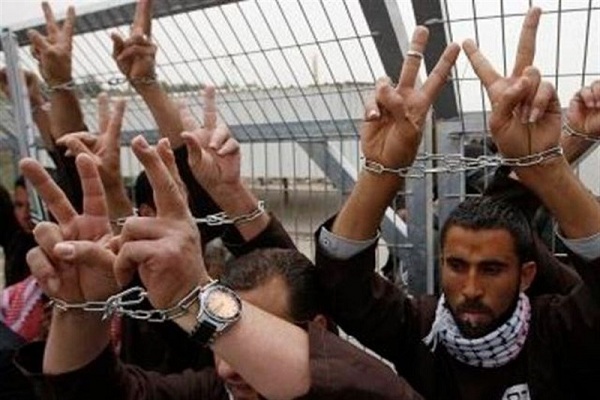 The Palestinian Prisoners Club said in a statement on Wednesday that some of the Islamic Jihad captives were on a hunger strike, demanding an end to repressive measures imposed by the Israeli prison authorities following the escape of six inmates from a maximum-security jail on September 6, Lebanon’s al-Mayadeen television network reported.

According to the statement, the hunger strike is part of “the struggle program” that aims to confront the Israeli prison system, which includes isolation and distribution of detainees to separate cells in order to prevent them from organizing.

The Palestinian Information Center quoted Palestinian organizations for prisoners, including the Palestinian Prisoners Club, as saying that the 250 Palestinian prisoners affiliated with Islamic Jihad launched the hunger strike on Wednesday.

According to the PIC, the head of Palestinian Prisoners Club, Qadura Fares, said the number of hunger strikers is expected to increase over the upcoming days, adding that 100 of the 250 people would begin refusing water after one week. He noted that prisoners affiliated with other factions would also join the strike.