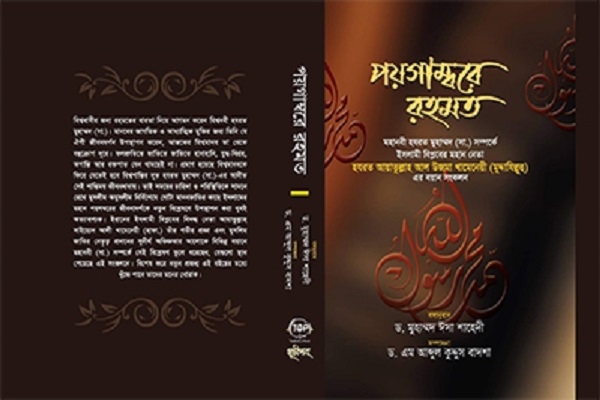 Titled “Prophet of Mercy”, the book elaborates on the life of Prophet Muhammad (pbuh) from his birth to the establishment of Islamic civilization and beyond.

The book has been translated into Bengali with the cooperation of Iranian cultural attaché to Bangladesh.

The Persian version of the book was published few months ago with the efforts of the international department of “Islamic Revolution Cultural and Research Institute” which is affiliated to the Office of Preserving and Promoting the Works of the Leader of the Islamic Revolution.

Issa Shahedi has translated ‘Prophet of Mercy’ into Bengali and it consists of seven chapters with 256 pages.

The book is slated to be unveiled and distributed in Bangladesh and Kolkata this week concurrent with the Unity Week.