General
The link was copied
News ID: 3476218
TEHRAN (IQNA) – In a festival held in India on the occasion of the birth anniversary of Prophet Muhammad (PBUH), a host of Iranian and Indian calligraphers created works of art by writing verses of Quran and the Prophet’s (PBUH) hadiths. 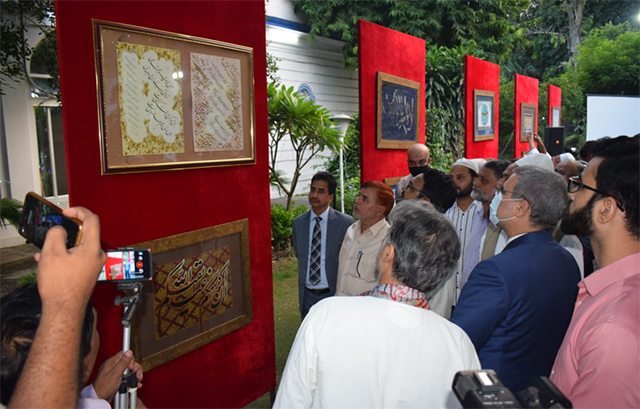 Titled “Rahmatan lil-Alamin”, the festival was held in New Delhi and was organized by the Iranian cultural office in the city.

Some 120 works of calligraphy were put on display during the event.

Masoud Rabbani and Ehsan Shokrollahi from Iran and four Indian calligraphers produced works of art during the event.

He also pointed to the role that the Noble Quran has had in emergence and expansion of Islamic arts, including calligraphy. 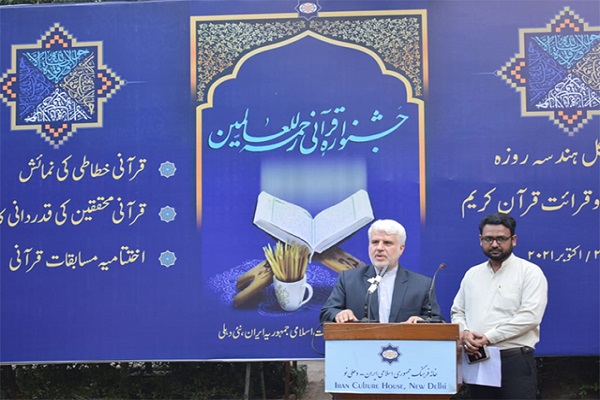 Sheikh Aquil Ahmad, Director of National Council for Promotion of Urdu Language, also addressed the festival, saying that the council has 66 centers for teaching calligraphy as well as 90 centers for teaching Persian language across India. He said the center has managed to translate many boos from Persian to Urdu during these years.

At the end of the festival, the Iranian and Indian calligraphers launched workshops about their art which were welcomed by the participants.

More than 50 calligraphy students from centers affiliated to National Council for Promotion of Urdu Language had also participated in the festival. 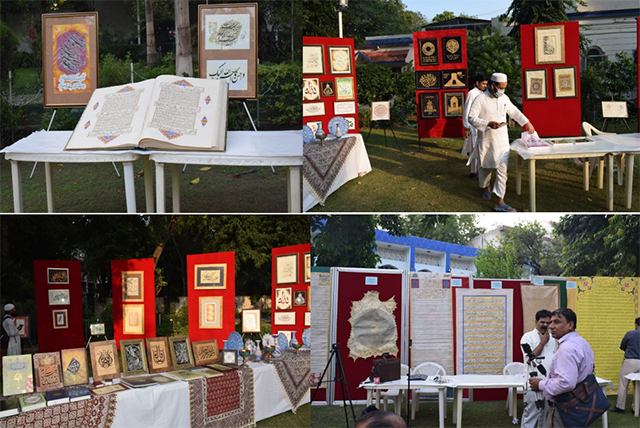