Social
News ID: 3476232
TEHRAN (IQNA) – A Chilean director has traveled to Karbala to produce a documentary about Imam Hussain (AS) and Muslims’ ceremonies to commemorate him. 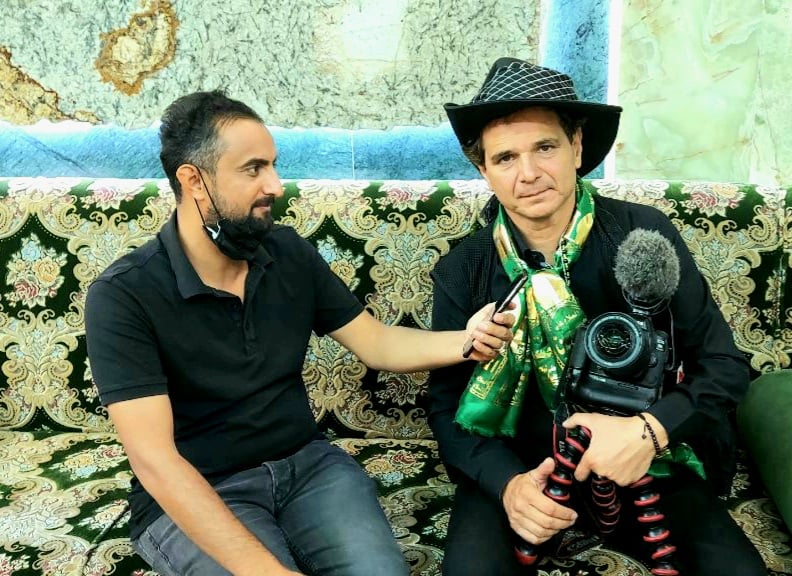 George Saeed is a Chilean director who is working on a documentary about shared foundations of monotheistic religions, has recently made a trip to Iraq’s Karbala to take a vivid film of Imam Hussain (AS) holy shrine which attracts millions of pilgrims every year, according to Non News.

Pointing to the lack of enough knowledge about Imam Hussain (AS) in American continents, Saeed said that a film that he had produced some two years ago during his first visit to Karbala had a positive impact on South American regions, especially in Brazil.

“Brazilians had a wrong understanding of the Shias, but the video showed the generosity of the Iraqi Shias during the Arbaeen pilgrimage,” he said.

Our knowledge of Karbala and Imam Hussain (AS) is limited because the information is not available everywhere, the director added.

He also expressed surprise at the developments projects surrounding the shrine of Imam Hussain (AS) and the development of the city in general, saying that it has completely changed since two years ago.

Elsewhere, he said, “I am currently working on a video about the common foundations of the monotheistic religions. I want to visit the city of Ur and the shrine of the Prophet Ibrahim. I want to prove that we are equal.”

"The message I want to convey is that every person is supposed to have a feeling of sympathy, love, and kindness,” Saeed said, wishing peace, love, respect, and social justice for followers of all religions.