Social
The link was copied
News ID: 3476998
TEHRAN (IQNA) – Halal tourism, which has had high attention from the authorities and the tourist industry in Brazil recently. 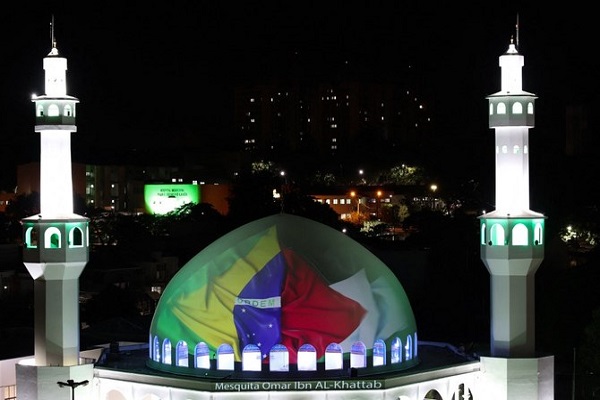 The South American country is increasingly attentive to the needs of Muslim tourists visiting the country, aiming at offering a great experience, while respecting their culture.

This month, Embratur (Brazilian Tourist Board) participated in the 1st edition of the Global Halal Brazil Business Forum, held by the Árab-Brasileira Chamber of Commerce and the Federation of Muslim Associations of Brazil (Fambras Halal).

Embratur's Manager, Claudine Bichara, attended the discussions about the lifestyle of the Islamic population, known for its high levels of excellence and added value. "Halal products and services cover a wide range of sectors and represent a great opportunity for Brazilian companies," said Bichara.

The halal market respects the lifestyle of the Islamic population and is valued at $4.8 trillion. Approximately 1.9 billion consumers (24.5 per cent of the global population), mainly from Arab, European and Asian nations such as Indonesia, India and Malaysia, are included in this segment.

Issues such as the correct time for prayers, hygiene requests, the need to be directed to Makkah when praying, fasting during Ramadan, among other points are considered when working with this type of tourist. Halal-certified hotels also have praying carpets and no alcohol in the minibar.

"These are details that do not generate great adaptations for those who receive, but that make all the difference for Muslims," Bichara said.

Already within this scenario of opportunities, the city of Foz do Iguaçu, in the state of Paraná, is expected to become the first city to earn halal certificate in Latin America. The certification is under negotiation and will indicate that the city is friendly for the Arab-Muslim population. The main changes will be made in hospitality, services, and gastronomy sectors.

Among these procedures is, for example, the availability in hotels of reserved and well signed spaces aimed at Makkah and the offer of a copy of the Quran in the accommodations.

There are also aspects related to food. Meat served to the Arab people must come from animals slaughtered in accordance with halal standards in certified slaughterhouses. And pork consumption is prohibited.

In addition to meeting with the protocols, one of the main touristic places of Foz do Iguaçu is the Omar Ibn Khatab Mosque, considered the largest mosque among all of Latin America.

Foz do Iguaçu is the main gateway to the Iguaçu Falls, located in the Iguaçu National Park, a Natural Humanity Heritage by UNESCO. It is considered the largest set of waterfalls in the world with over 75 waterfalls up to 80 meters high.