Division among Muslims Political Not Religious

General
News ID: 3476351
TEHRAN (IQNA) – Professor Amir Hussain, a Muslim scholar in US, says the divide between followers of Islamic Madhhabs is rooted in political issues not in religious ones. 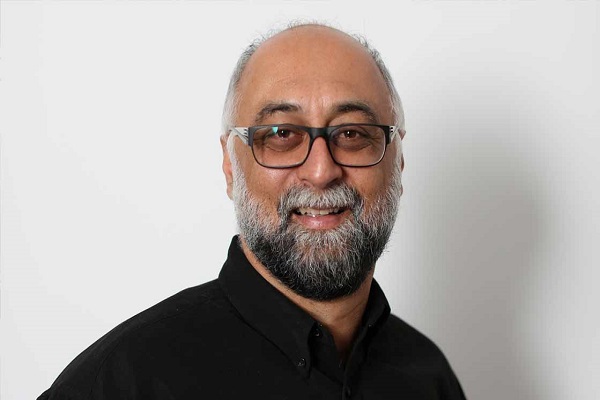 The impotance of unity in the Islamic Ummah is becoming more clear by the day as the world is witnessing a growth in Islamophobia and anti-Islamism.

Islamic unity and unity among Muslims means that Muslims, regardless of their historical and theological differences, focus on commonalities that lead to greater unity.

However, achieving this goal still seems out of reach due to issues such as politics and economics, and on the other hand, extremism among different sects of Islam has led to further division.

Unfortunately, these divisions and differences exist in most Islamic countries, and it seems that one of the reasons for the lack of cultural development of societies is these differences, which sometimes lead to intense conflicts between people and communities.

Dr. Amir Hussain is Chair and Professor of Theological Studies at Loyola Marymount University in Los Angeles, where he teaches courses on religion. His own particular speciality is the study of Islam, focusing on contemporary Muslim societies in North America.

His academic degrees (BSc, MA, PhD) are all from the University of Toronto where he received a number of awards, including the university’s highest award for alumni service.

IQNA: In recent years, we have witnessed growing efforts to divide Shias and Sunnis in many Islamic countries. Where do you think this problem is rooted?

Hussain: I think this is rooted in politics and power, not in religion. There is nothing that should divide people in their worship of the One God. But often there are political reasons to oppress one group, or reward another.

IQNA: What do you think are the main reasons for the differences between Shias and Sunnis in Islamic societies?

Hussain: I think we all have obedience to God, and love of the Prophet Muhammad (May God bless him and give him peace). We also hold the family of the Prophet in high regard. I think we have different authorities, imams, shaykhs, caliphs, ayatollahs, etc.

IQNA: Some believe that political groups in Islamic countries are taking advantage of differences between Shias and Sunnis to advance their political goals. What do you think about this?

IQNA: What is the relationship between Shias and Sunnis in your country?

Hussain: I live in the United States, where there is a good relationship between Sunnis and Shiites. Part of this comes from being a minority community. Part of it comes from understanding that the violence that we see in other countries is not the way forward. Sunni and Shiite leaders have worked closely together here in the US. I think that’s the key to first question, to get to know each other, to respect each other, and to work together. We all submit to Allah, not to any political ideology.

IQNA: In Iran, the period between the 12th and 17th of Rabi al-Awal, which is the anniversary of the birth of Prophet Muhammad (PBUH) according to Sunni and Shia narrations respecively, is called Islamic Unity Week. What is your message to the participants of the Islamic Unity Conference that was be held in Tehran?

Hussain: We need Islamic Unity more than ever, so thank you for your work. We need to remember that as Muslims, we are called to worship Allah, not religion. We need to work together, as Muslims, as people of faith, to establish God’s justice.