General
The link was copied
News ID: 3476499
TEHRAN (IQNA) – Rahmatan lil-Alamin‎ Conference was held in the Pakistani capital of Islamabad on Sunday with participation of Shia and Muslim scholars as well as representatives from other religions. 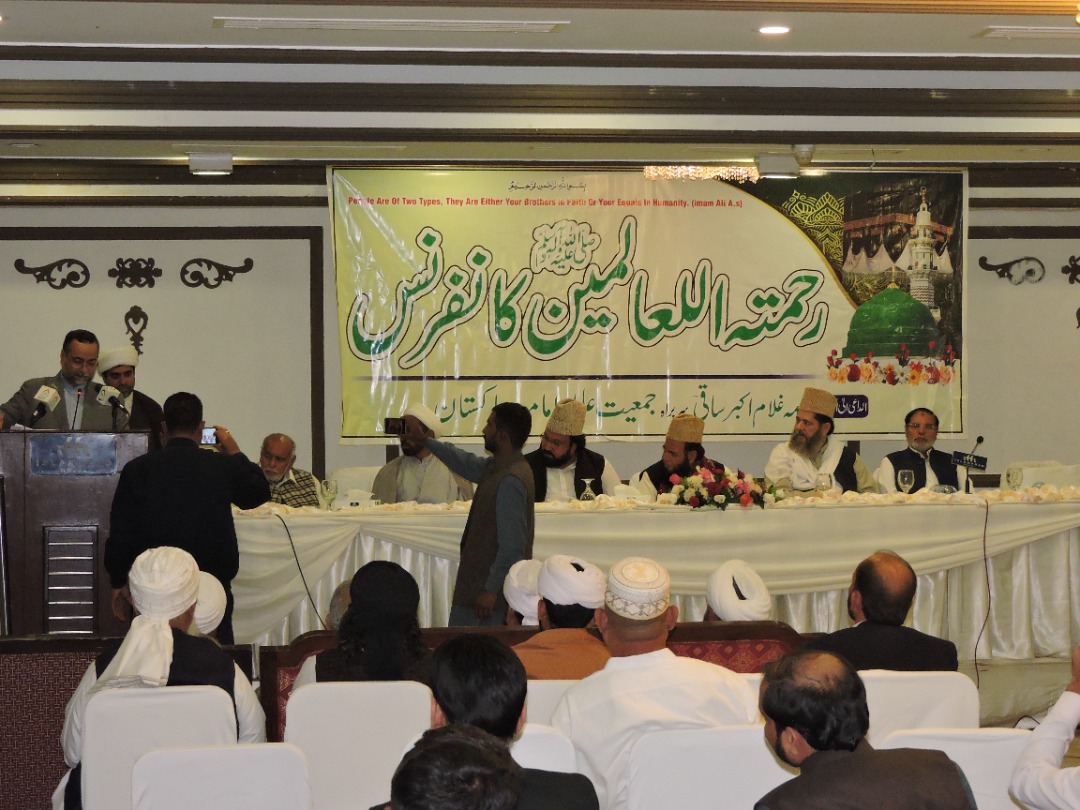 The conference was organized by Immamiah scholars’ society of Pakistan and representatives from different schools of thought and other religions such as Christianity, Hinduism, and Sikhism also took part in the event.

Speakers pointed to verses from the Holy Quran which laud the position of Prophet Muhammad (PBUH) while also discussing the philosophy of the Prophet’s existence, the role of religion, the Quran and prophethood in promoting unity among Muslims. Participants highlighted the need for establishing unity among followers of different Islamic madhhabs.

Iran’s cultural attaché to Pakistan Ehsan Khazaei was among speakers of the conference.

Congratulating attendees over the birth anniversary of the 11th Shia Imam, Imam Hassan Askari (AS), Khazaei said that the Revelation was the biggest historic event for humankind because it guided humans towards light.

Pointing to recent terrorist attacks on Friday prayers in Afghanistan, the envoy said that Prophet Muhammad (PBUH) taught followers how to respect other religions but now, some ignorant individuals are seeking to destroy Islam’s face which is condemned by the Islamic Ummah.

A host of other officials and scholars also addressed the event.