Culture
The link was copied
News ID: 3476524
TEHRAN (IQNA) – Hojat-ol-Islam Mehdi Imanipour was appointed as the new head of the Islamic Culture and Relations Organization (ICRO). 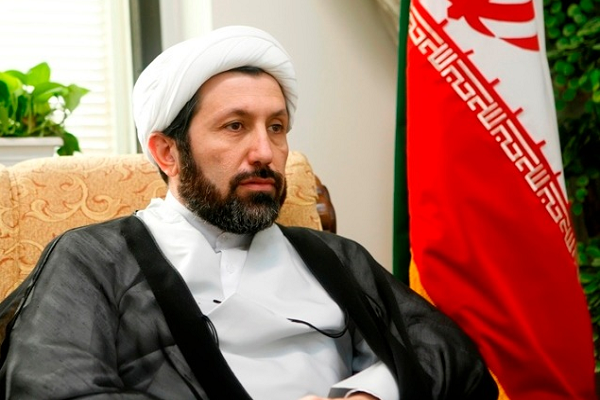 Iran’s Minister of Culture and Islamic Guidance Mohammad Mehdi Esmaeili in a decree on Tuesday named the cleric as the chief of the organization.

He also called for promoting the Islamic Republic of Iran’s cultural stances and objectives in the world, expanding cultural relations with neighboring countries, developing cultural and interfaith dialogue, and benefiting from the cultural capacities of international organizations like ECO, ISESCO, International Islamic Fiqh Academy, Research Centre for Islamic History, Art and Culture (IRCICA) and others.

Born in 1964, Hojat-ol-Islam Imanipour is an Islamic seminary scholar and researcher in the fields of Islamic law and theology.

He has previously served as deputy head and secretary of the Ahl-ul-Bayt (AS) World Assembly’s Supreme Council, director general of ICRO’s Europe and Americas Department, Iran’s cultural attaché in Russia and Germany and ICRO’s international deputy.

The Islamic Culture and Relations Organization is subordinate to Iran’s Ministry of Culture and Islamic Guidance.

As per its constitution, ICRO, according to its website, is to pursue the following aims and objectives: