General
The link was copied
News ID: 3476540
TEHRAN (IQNA) – The 36th edition of the Tunis International Book Fair is underway with the participation of exhibitors from 20 countries. 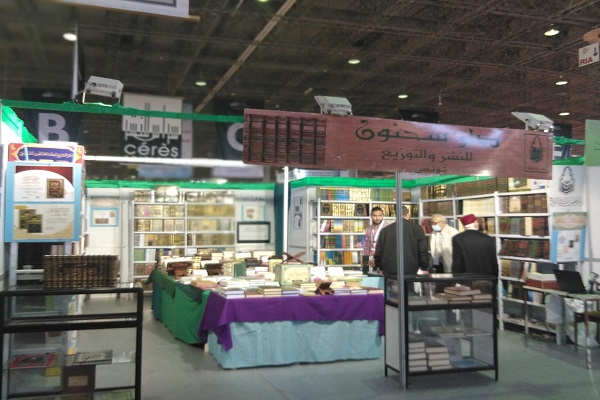 The book fair opened on November 11 and runs for 11 days at Kerem Fair Palace in the Tunisian capital.

The exhibition is hosting visitors from different age groups and visitors have embraced religious works of publications as the booths of some of these publishers are among the most-visited across the fair, according to the Iranian cultural office in Tunisia.

Syria, Lebanon, Egypt, and Tunisia are among the main countries that have showcased books in the religious field.

For instance, “Dar al-Fajr al-Islami” publication from Syria is one of the publishers that is offering Qurans in different sizes and with suitable prices. The center is being considered one of the most specialized publishers of the Holy Quran.

“Dar Al Mahajja Al Baydaa” is another publisher from Lebanon that focuses on supplications, Islamic thinking, and cultural dialogue among others. “Rasalah Publishers Institute” is another representative of Lebanon that is presenting books about Islamic heritage, Quran, and Quranic researches.