Hezbollah Designation Not to Affect Our Determination: Nasrallah 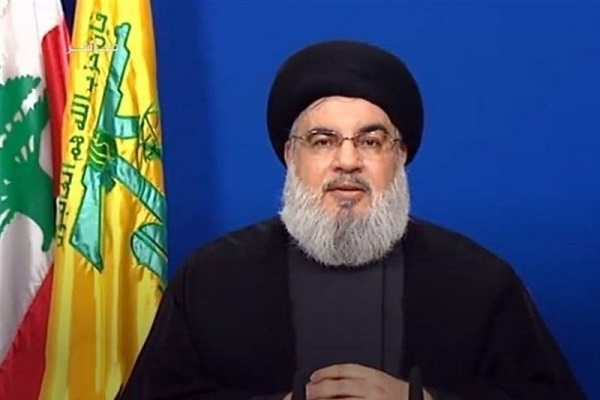 “Putting the name of Hezbollah into the list of terrorist organizations may be due to regional developments or parliamentary election, however, the issue will have no effect on the determination of Resistance Forces,” Nasrallah said on Friday evening while addressing the Lebanese people on the occasion of the country’s independence day.

The remarks came as the Australian government designated the entirety of Hezbollah as a terrorist organization on November 24 following pressures from American and Zionist lobbies.

He pointed to several issues during the address including the topic of independence in the first place. “There have been always discussions on whether [1943] independence was real or partial? But there is no doubt that Lebanon became one government after independence and the responsibility of the Lebanese is to safeguard this independence.”

Pointing to the liberation of occupied territories in 2000, he said this was a victory for independence and the sovereignty of Lebanon.

When Lebanon remains under daily Israeli threats, then the country is still in the heart of the Independence battle, he added.

Elsewhere, he condemned the trend of normalization between some Arab states and the Israeli regime, describing a recent visit by a Zionist delegation to Morocco as “shameful”.