General
News ID: 3476762
TEHRAN (IQNA) – Saudi Arabia announced that Muslims who come to perform Umrah from other countries can now stay up to 30 days in the Kingdom, extending the stay length to the pre-coronavirus time. 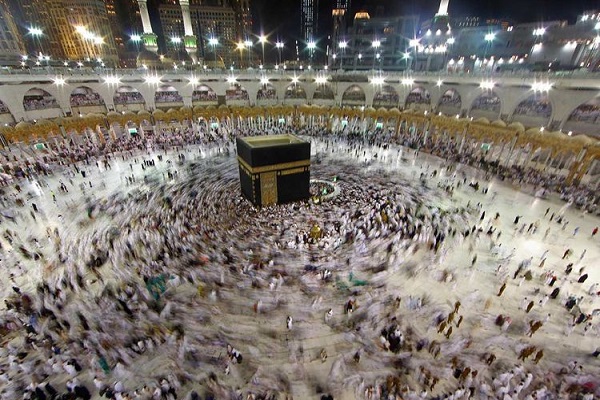 After Umrah trips were gradually resumed late last year, overseas pilgrims were allowed to stay for 10 days only as part of efforts to limit COVID-19 spread.

The Saudi Ministry of Hajj and Umrah said that the 30-day stay is allowed for the Umrah pilgrims coming from abroad and aged 18 years and above, Okaz newspaper reported.

Overseas Umrah pilgrims are required to be fully vaccinated against COVID-19, according to the ministry.

The pilgrims inoculated with vaccines recognised in Saudi Arabia will be allowed to start performing the Umrah rituals without going into institutional quarantine.

Meanwhile, those inoculated with other vaccines approved by the World Health Organisation (WHO) will undergo three-day institutional quarantine. After 48 hours in quarantine, they will have to present a negative coronavirus-detecting PCR test and afterwards will be allowed to undertake Umrah rituals.

Earlier this week, Okaz reported that Saudi authorities dropped an age limit on overseas Muslims, thus allowing Umrah permits for pilgrims coming from abroad for those over 50 years as well.

According to the new rule, the overseas Muslims under 18 are still not allowed to perform Umrah.

The Ministry of Hajj and Umrah has recently launched a service enabling overseas Umrah pilgrims to obtain permits for performing the rituals in the Grand Mosque in Mecca and pray in the Prophet’s mosque in Medina through the health apps Eatmarna and Tawakkalna after registering in the platform Qudum in an effort to facilitate procedures for them.

In October, Saudi Arabia eased restrictions against COVID-19 as the epidemiological situation in the country stabilised amid a significant drop in infections.

The relaxed measures include ending distancing for worshippers in the two holy mosques in Mecca and Medina where full capacity has been reinstated.