General
News ID: 3477230
TEHRAN (IQNA) – Pakistan’s Supreme Court said that it will stick to its December 28 verdict to demolish Medina Masjid in Karachi’s Tariq Road and turned down the federal government and the Madina Masjid administration’s petitions for a reconsideration. 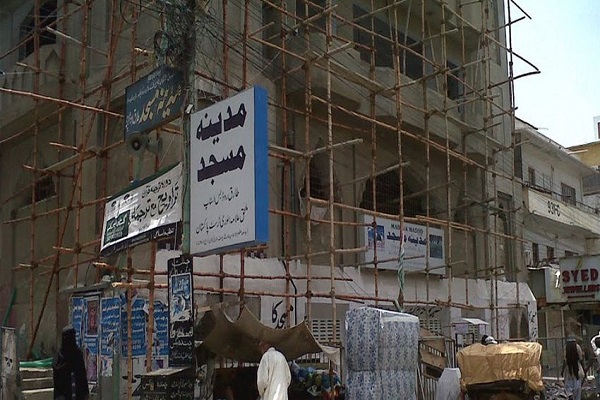 Last week, the court had ordered the demolition of several structures on encroached lands in Karachi, including Madina Masjid, a multi-story building near Dolmen Center.

The mosque administration said that they have received eviction notices from the District Municipal Corporation East. The land does not belong to DMC, so they have no legal standing to send notice, they argued.

They claim that PECHS allotted the land and it was constructed after the building plan was approved.

The administration said that they fulfilled all the legal requirements at the time of construction in 1994.

Attorney General Khalid Javed appeared to request the court to review its decision. Javed said not all facts have been presented before the court.

This is not a matter of commercialization and should be reviewed, said the attorney general. He requested the court to stay the demolition till the next hearing.

“We can allow the government to give alternate land for the mosque; that’s the only relief we can give,” said Chief Justice Gulzar Ahmed.

“We cannot take back our own order like this, the chief justice said. Manage it as you like, we won’t issue a stay order.”

Justice Qazi Muhammad Amin Ahmed said that religion is being used to encroach upon land. Is it alright to offer namaz at a mosque built on encroached land, he asked.

The court ordered the Sindh government to submit a detailed report on exactly this question.