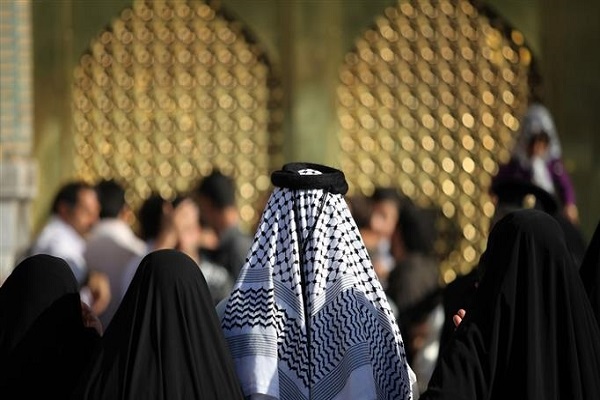 Embellished with black fabrics, all sacred places belonging to the Deputy Office for Foreign Pilgrims’ Affairs offered different mourning ceremonies to the foreign visitors of Imam Reza holy shrine on the night and day of martyrdom of Hazrat Zahra (SA).

Ali, a Muslim man from the Republic of Mauritius, described activities and services of the holy shrine for foreign visitors as excellent, adding “Existence of a specialized center dealing with the affairs of foreign pilgrims and tourists shows Astan Quds Razavi’s sincere attention to the foreign pilgrims’ affairs”.

“Atmosphere of the holy shrine on the occasion of martyrdom anniversary of Hazrat Zahra (SA) is indescribable. All courtyards and porticos of the shrine are in black and all pilgrims particularly foreign ones can enjoy mourning ceremonies specially programmed for them,” added Ali who was paying his second visit to Imam Reza holy shrine

He also thanked the deputy office for giving him a cultural gift and providing him with an English language package about Imam Reza holy shrine’s services for foreign pilgrims.