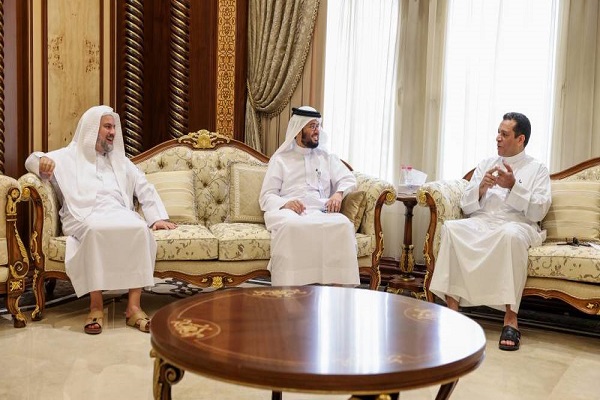 Head of the academy Khalifa Musbih al-Taniji welcomed Tariq Abdul Basit and gave a briefing on the Academy and its various sections, al-Khaleej.ae website reported.

He said valuable works related to eminent Quran reciters of the Muslim world are held in the academy.

Tariq was also taken on an introductory tour of the academy’s facilities.

Sheikh Sherzad Abdulrahman Taher, the secretary general of the academy, then briefed him on its objectives and research plans.

The Quran Academy was launched in Sharjah in December 2020.

Spread over an area of 75,000 square meters, it has been built in the shape of the Islamic eight-pointed star with 34 domes. It is home to seven scientific and historical museums.

The museums exhibit 60 manuscripts distributed over 15 sections, each of which chronicles a century of events. About 308 copies of the Holy Quran and archaeological manuscripts are on display as well.

Among other interesting artefacts are 18 kiswas — the black cloth that covers the Holy Kaaba in Mecca, Saudi Arabia. The oldest kiswa dates back to Hijri year 970.