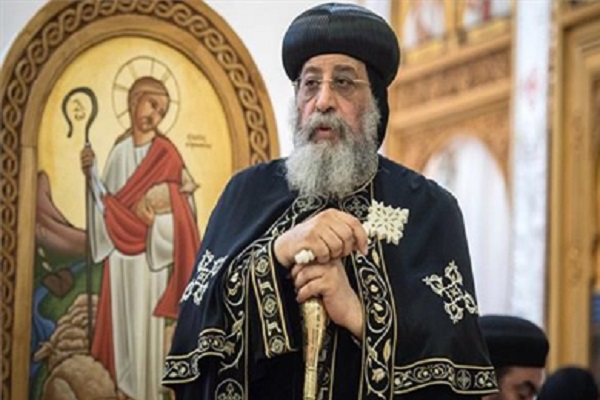 Speaking to a national TV program, he noted the idea is opposed to religious thinking and categorically unacceptable, Anadolu Agency reported.

Some believe that the source of divine religions of Judaism, Christianity, and Islam is Hazrat Abraham (AS) and think like Westerners but the East has a different opinion, he added.

Religions are like colors and cannot be changed or replaced by innovation or adding false information to the constants of a given religion, he said.

The Middle East is the cradle of religions and the idea of Abrahamic religion is a product of political thinking aimed at breaking the principles of any religion that maintain human identity.

In similar remarks back in November 2021, the head of Egypt’s Al-Azhar Islamic Center Sheikh Ahmed el-Tayeb, criticized attempts to promote the term “Abrahamic religion” with the aim of integrating Judaism, Christianity, and Islam.

He described such attempts as an illusion and a confiscation of freedom of conscience. He likened the assertion to those such as globalization, the end of history, and so on.

Although the invitation to the unity of human society is purportedly aimed at removing the causes of discord, it is actually a confiscation of humanity’s most valuable asset, namely freedom of belief and conscience and freedom of choice, el-Tayeb added.

All of these freedoms have been guaranteed and emphasized in monotheistic religions, he stated.

The cleric also said that he believes consensus of people on one religion is not possible due to the differences in beliefs, intellect, languages and other features.

The term “Abrahamic religion” has been promoted recently with the apparent aim of uniting Judaism, Christianity and Islam.

It has been heard mostly since certain Arab countries normalized ties with the Zionist regime of Israel.