General
News ID: 3477372
TEHRAN (IQNA) – A British professor says a major issue both in the Islamic world and in the west relates to popular understandings as to the identity of ‘Islamic art’ 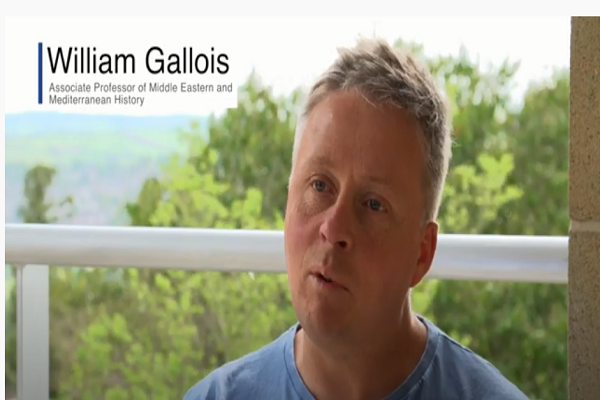 Art and especially art created with the focus on religious issues is mentioned as one of the factors of closeness of different societies. Iranian or Egyptian civilization has been the focus of many art critics and private art collectors.

Professor William Gallois is an assistant professor at the University of Exeter in the UK and an expert on the history of the Islamic world with a focus on the Mediterranean region. He currently leads a group of researchers working primarily on cultural history in the modern Islamic world. In an interview with IQNA, Galois spoke about Islamophobia and how dialogue between Islamic religions and arts can reduce. Here is the full text of the interview:

IQNA: In recent years we have witnessed the growth of Islamophobia in Christian countries. Some believe that this Islamophobia is due to the fear of changing the cultural context of Western societies due to the presence of Muslims in these societies. How true is this belief?

Gallois: My feeling is that this does vary from country to country, but all European countries are Islamophobic to some extent because they cannot come to terms with the idea of the existence of an ‘Islamic Europe’. This refusal is culturally and historically illiterate – for countries such as Albania and Kosovo are of course European and predominantly Muslim, while this was formerly the case in Spain, Portugal and Sicily – but leaders and populations choose to ignore these factual realities. Instead, Islam is cast as the presence of an Other migrating into Europe, which is nonsensical since ‘Europe’ is as Jewish and Islamic as it is Christian.

IQNA: Some believe that the role of Muslims in the formation of human civilization has been largely ignored by Western historians. How true do you think this is?

Gallois: I think it is profoundly true and this is deeply damaging to our societies in the present. The failure of historians and other scholars means that fields such as education, culture and the media, profoundly misunderstand the character of Islamic history and, especially, the ways in which European and Islamic history are intertwined.

IQNA: In addition to religious tensions, we are witnessing the spread of interfaith dialogue, especially between Christians and Muslims. To what extent do you think these measures can reduce the negative view between the followers of these two great religions towards each other?

Gallois: I think of interfaith dialogues as an unalloyed good, but I would question how much influence they have on general populations. The numbers of people who participate in such activities is very small indeed and the dominant debates which need repositioning are those in the secular world rather than those in the realm of believers.

IQNA: In your opinion, to what extent can holding art exhibitions focusing on Islamic art play a role in correcting the view of Muslims?

Gallois: I strongly believe that art can induce change. Take the Hajj exhibition at the British Museum for instance. This show was seen by hundreds of thousands of people and they could not have failed to have come away with anything but a deeply respectful and intellectually enriched picture of Islam.

This said, there exists a major issue both in the Islamic world and in the west, which relates to popular understandings as to the identity of ‘Islamic art’. Too many believe, for instance, that Islam forbids the depiction of human and animal forms, in spite of the manifold evidence of illuminated miniatures, sculptured forms, jewellery, carpets, and so on, which show that iconic traditions have thrived in some Muslim cultures.

Take contemporary Senegal, for instance, where a country which is almost 100% Muslim possesses a wonderful and profoundly uplifting culture of the depiction of Amadou Bamba and other leaders of the Muridiyya Sufi order. Yet, sadly, such cultures are as poorly known in the rest of the Islamic world as they are in the west.

IQNA: How do you think cultural exchanges between Muslims and Christians throughout history have affected human culture today?

Gallois: I think human culture today has been profoundly affected by two key moments in the history of Muslim-Christian relations. The first – from say 900 C.E.-1800 C.E. – saw the positive interchange of two cultural traditions in a series of spheres, such as philosophy, science and art, while the second – from 1800 C.E. to our present – maps onto the colonial moment in which Europeans (and the Euro-American world) has sought politically to dominate the extra-European world. The demonisation of Islam was one of a series of prejudical planks which underpinned this project and those props remain today.