General
News ID: 3477556
TEHRAN (IQNA) – The United Arab Emirates and other member countries of the Saudi-led coalition waging war on Yemen won’t enjoy security as long as the aggression on the impoverished country persists, a spokesman said. 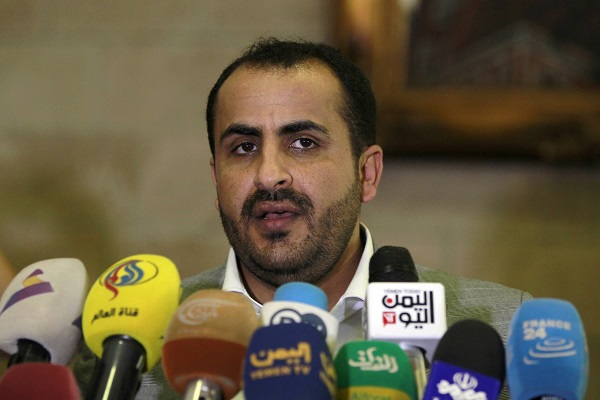 Mohammed Abdulsalam, a spokesman for Yemen’s Houthi Ansarullah movement and the chief negotiator of the movement, said in a tweet on Wednesday that the member countries of the Saudi-led aggression, including the UAE, cannot provide their own security, adding that Abu Dhabi "can’t stand on its own feet without American crutches, and strives to beg for the American support.”

He noted that the UAE won’t need that support if they "get out of the Yemeni quagmire.”

Stressing that no support would benefit the UAE, Abdulsalam said “No security will be achieved for it (the UAE), if the aggression on Yemen persists.”

His remarks come as the UAE’s permanent representative to the United Nations, Lana Zaki Nusseibeh, told CNN that her country still needs more US support to intercept retaliatory missiles fired by the Yemeni army and allied fighters from popular committees.

On Tuesday, Abdulsalam stressed in another tweet that either security for everyone or none.

“The countries of the aggression coalition are mistaken to consider security to be their monopoly, while they continue to launch aggression and siege on the Republic of Yemen and kill civilians and destroy civilian facilities," he said, adding that there would be no security or stability “but for all."

The Saudi-led war coalition has sharply intensified its airstrikes against several areas across Yemen since the Yemeni army’s decisive retaliatory raids on the UAE’s soil.

The Yemeni army on January 17 launched an operation deep inside the UAE in retaliation for its role in the Saudi-led war on the impoverished country.

Abu Dhabi police said three fuel tanker trucks had exploded in the industrial Musaffah area, near the storage facilities of the Abu Dhabi National Oil Company (ADNOC), and that a fire had also broken out at a construction site at Abu Dhabi International Airport.

Saudi Arabia and a number of its regional allies – including the UAE – launched a brutal war against Yemen in March 2015.

The war, accompanied by a tight siege, has failed to reach its goals, but it has killed hundreds of thousands of Yemeni people. The UN refers to the situation in Yemen as the world's worst humanitarian crisis.

Meanwhile, Yemeni forces have in recent months gone from strength to strength against the Saudi-led invaders and left Riyadh and its allies bogged down in Yemen.