General
News ID: 3477857
TEHRAN (IQNA) – The government of India’s Karnataka state claimed that wearing the hijab is not an essential religious practice of Islam and preventing it does not violate the constitutional guarantee of religious freedom. 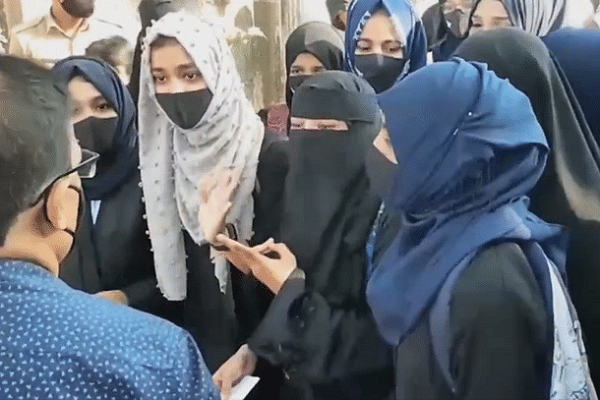 It made the claim in a meeting of the state high court on Friday, defending the ban on headscarves in classrooms.

“We have taken a stand that wearing the hijab is not an essential religious part of Islam,” Advocate General of Karnataka, Prabhuling Navadgi told the court of Chief Justice Ritu Raj Awasthi, Justice JM Khazi and Justice Krishna M Dixit.

The AG said that there was nothing unlawful about the February 5 order which banned clothes “which disturb equality, integrity and public order” which came following protests and counter-protests after some Muslim girls were not allowed inside their college for wearing hijab.

However, he admitted that the part of the order prescribing clothes “in consonance with unity and equality” could have been worded better.

“Here the draftsman went a bit enthusiastic. What was meant was, in case no uniform is prescribed, please wear decent clothes. I agree it could have been worded better,” he said.

Article 25 gives freedom of conscience and free profession, practice and propagation of religion to the citizens of India.

The government order also does not violate Article 19(1)(a) of the Constitution which guarantees to all its citizens the right to freedom of speech and expression, Navadgi argued.

A ban on wearing hijab had come into force after six students of Government PU College, Udupi, were not allowed to wear hijab to college, triggering a widespread protest across the state.

The High Court, in an interim order while hearing petitions related to the issue, barred students from wearing hijab, saffron scarves, or any religious clothing in classes.