General
News ID: 3478784
TEHRAN (IQNA) – The World Muslim Communities Council (TWMCC) is organizing an international conference on May 8-9, featuring representatives of over 150 countries, to discuss the topic of Islamic unity. 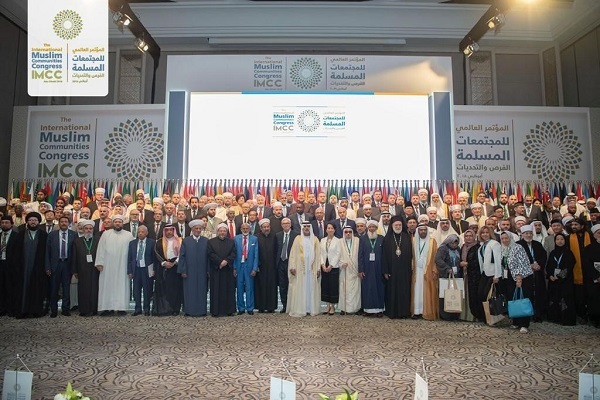 The event will be held at the Abu Dhabi National Exhibition Center (ADNEC) in the UAE.

In his speech announcing the conference, Dr. Ali Rashid Al Nuaimi, Chairman of the TWMCC, said the issue of Islamic unity has always been one of the key topics that Muslim scholars have been examining since the 20th century, and it has begun to re-emerge in the modern era with the rise of anti-colonial movements.

Islamic unity has created a pioneering civilization that has contributed to the advancement of humanity and shaped the social and cultural unity of the Islamic world, he added, highlighting the major strides made by the Islamic world in the fields of science, arts, literature, philosophy, architecture, astrology, mathematics, medicine and music.

He then pointed out that the cultural unity that has lasted for centuries and has continued to embrace various peoples and civilizations, serving as a model and promoter of pluralism, coexistence and cultural dialogue and exchange.

Themed "Islamic Unity: The Concept, Opportunities and Challenges", the TWMCC’s international conference will explore the history of Islamic unity and its effects on all aspects of life, as well as its role in establishing human civilization and the historical circumstances that led to the decline in the understanding of Islamic unity and the misconceptions around it.

Al Nuaimi explained that the conference will discuss nearly 100 academic papers and feature keynote speeches and lectures on the main topic. In addition, 105 speakers from various countries will participate, including representatives of religious, political, and academic organizations, along with several presidents, prime ministers, grand muftis, academics, heads of universities, professors, experts, intellectuals, researchers and artists.