General
News ID: 3476849
TEHRAN (IQNA) – A senior Lebanese cleric underlined the need for creation of a new Islamic discourse based upon the Holy Quran and Hadiths to promote unity among Muslims. 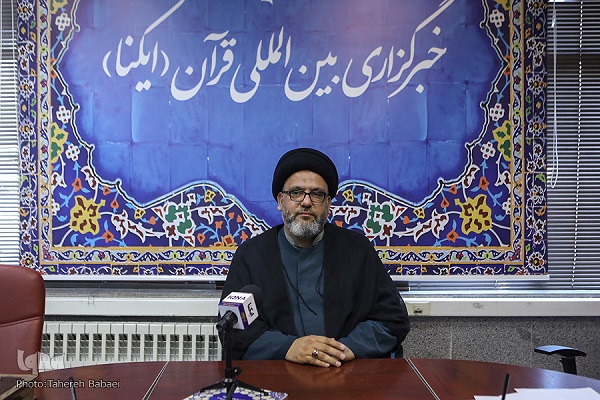 In an interview with IQNA, Hojat-ol-Islam Sayed Ali Sayed Qassim said creation of such a discourse in the contemporary era required personalities that promote proximity on the basis of the Holy Book and authentic narrations accepted by Shias and Sunnis.

The cleric, who heads Lebanon’s Interfaith Dialogue Center and is a member of the International Academy of Islam and Christianity Dialogue referred to the initiative by late founder of the Islamic Republic of Iran Imam Khomeini (RA) to name the Islamic Unity Week and said it was aimed at formation of a common value system based on which Muslims can unite in the face of major challenges.

He cited verse 92 of Surah al-Anbiya “Indeed, this nation of yours is one nation, and I am Your Lord, therefore worship Me”, and said the concept of Islamic unity is the outcome of a historical process that continues until reaching a social perfection.

He said this social perfection results from a successful political philosophy that is based on divine laws brought by religions and prophets.

Its aim is regulating human societies and that is what philosophers and thinkers have mentioned and discussed throughout history as utopia, he stated.

Hojat-ol-Islam Qassim said the Islamic Revolution in Iran provided a basis on which a series of unifying and proximity promoting relations were established.

He also said al-Quds has been the main pivot of activities among those who promote Islamic proximity.

Elsewhere in his remarks, the Lebanese cleric highlighted the role of International Islamic Unity Conference in inviting Muslims to create the new Islamic discourse for unity.

The 17th day of Rabi al-Awwal is believed by Shia Muslims to mark the birth anniversary of Prophet Mohammad (PBUH), while Sunni Muslims regard the 12th day of the month as the birthday of the last prophet.