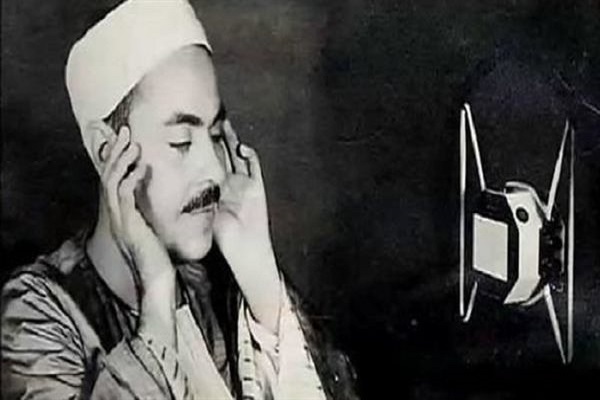 Muhammad Rifat was born on May 9, 1882, in Cairo. He was only two years old when he lost his sight due to inflammation and infection, and his life changed from the very beginning.

Muhammad was interested in reciting the Quran as a child. This was something that happened in his family, and Muhammad followed the path of his family, especially his father, in learning the Quran.

Of course, this path was much more difficult for Muhammad than the others, because not having sight made it difficult for him, and others had to read the Quran and he learned it.

At the age of five, his father took him to the Fazel Basha Mosque, and before he was 10, Muhammad memorized the entire Quran. His teacher loved him due to his memorization and beautiful recitation of the Quran, so he taught him Tajweed. He gave him the license of memorizing and Tajweed of the Qur'an before he becomes 16.

With the death of his father, Muhammad Rifat, who was not more than 15 years old; He became the head of the family until he was appointed as a qari on Friday in Fazel Mosque, and from there he became famous. Many people were coming to the mosque because of his beautiful voice. He recited in this mosque for 30 years.

In 1934, Radio Egypt was and he was invited to recite the Quran as the first reciter in this Media, so Surah “Al-Fath” was recited for the first time by Sheikh Muhammad Rifat on Egyptian radio.

Otherworld radios, including Radio Berlin, London, and Paris, were beginning their Arabic programs with the recitation of Sheikh Muhammad Rifat during World War II.

Sheikh Muhammad Rifat lived an ascetic and dignified life and he did not even accept the request of the Egyptian non-governmental radio to broadcast his recitation because he believed that inappropriate songs were broadcast on this radio that did not conform to the blessings and teachings of Quranic verses.

Shortness of breath was a disease and a problem that Sheikh Rifat suffered from in the last years of his life, and this incident caused him to have difficulty reciting.

Shortness of breath while reciting in one of the Egyptian mosques was a bitter incident that made the audience cry because he tried to continue his recitation but he could not and he came down from the stand sadly and all the people cried when they saw this scene.

After that, the sheik was no longer able to recite.

Today, 72 years after the death of this famous reciter, he is still mentioned as one of the stars of the recitation sky of the Islamic world.