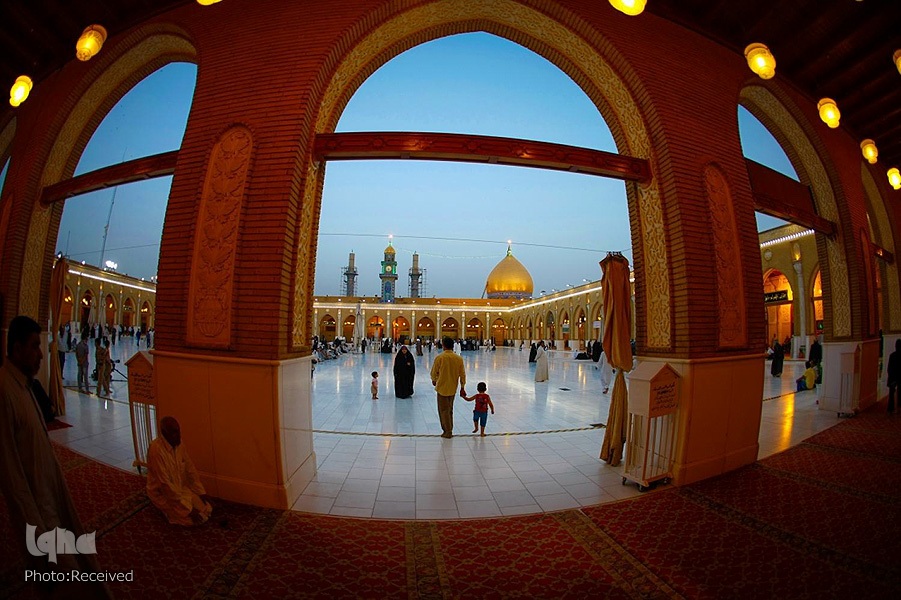 In the meeting with Seyyed Mohammed Mousavi, custodian of Masjid al-Kufa, Pour-Amini pointed to the great capacities of the centers for promoting Mahdism, highlighting the need to increase cooperation in serving the pilgrims.

For his part, Mousavi expressed the readiness of the center for boosting ties with Jamkaran.

Masjid al-Kufa or the Great Mosque of Kufa is one of the historic mosques in the Islamic world that is situated some 12 kilometers north of Najaf, Iraq.

The mosque was home to Imam Ali (AS) and contains tombs of prominent figures such as Muslim ibn Aqeel, Hani ibn Urwa, and Al-Mukhtar.

Al-Sahla Mosque in Kufa, south of Iraq, is a famous mosque built in the first Hijri century.

It is located in Old Kufa, east of the holy city of Najaf. It lies ten kilometers northwest of Imam Ali’s (AS) holy shrine.

Al-Sahla Mosque was built by the Banu Zafar tribe, a clan of helpers (Ansar).

It is said to have been the place of worship of many Prophets, including Abraham (AS), Idris (AS), and Khizr (AS), as well as Shia Imams, including Imam Sajjad (AS) and Imam Sadeq (AS).