General
News ID: 3479477
TEHRAN (IQNA) – A study has found significant discrimination against Muslim women in India across industries in entry-level jobs, even when they are equally qualified for the role. 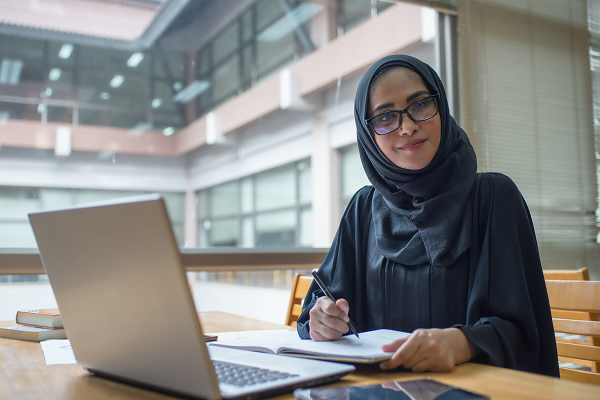 The study has been done by Ledby Foundation.

Founded by Ruha Shadab in 2019, the Ledby Foundation is a professional leadership incubator for Muslim women which works with the aim to raise their representation in the country’s workforce.

Shadab along with Vanshika Sharan and Deepanjali Lahiri are the authors of the report.

“We embarked on this study is because we heard a lot of anecdotal stories about the challenges and discrimination that Muslims and Muslim women face in our country, in a host of aspects of life, including employment. Employment was particularly important to us because it is such a gigantic waste of Indian talent to not select people based on implicit and explicit biases. We wanted to be able to have hard facts to take to people in possession of power and show that the anecdotal stories are statistically significant in numbers and the need to take corrective action for this,” Dr Ruha Shada told The Print.

For the purpose of the study conducted over a period of 10 months, 2,000 job applications were sent through 1,000 job postings on sites such as LinkedIn and Naukri.com. Two equally qualified profiles — Habiba Ali and Priyanka Sharma — were created matching the market standards for entry-level positions. The profiles didn’t carry any photograph.

The report noted that while Habiba received only 103 positive responses, Priyanka got 203 which is nearly double of what the Muslim woman’s profile got. The net discrimination rate stood at 47.1 per cent, which was evident across industries, based on the responses received.

“The net discrimination rate for Indian Muslim women relative to Hindu women then becomes 47.1% representing a massive discrepancy between call-backs for Muslim and Hindu women and proving that a significant hiring bias favoring Hindu women is present across industries,” the study observed.

Habiba received only a rare follow up call, whereas a large proportion of Priyanka‘s responses were call backs, according to the study.

It also noted the recruiters were more cordial to the Hindu profile (candidate) and that while 41.3 per cent of them connected on phone calls with Priyanka, only 12.6 per cent opted for it with Habiba.

“This research proves that a contributing factor to such a stark disparity in labor market participation is discrimination within the hiring process. Equal access to opportunities for Muslim women is vital to their social and financial equality in society and tackling biases in the hiring process is one of the most important mechanisms by which one can level the playing field,” the report stated.

Additionally, the report found that North India had a lower discrimination rate of 40 per cent compared to West and South India where the figure stood at 59 per cent and 60 per cent, respectively.

Commenting on the report findings, Rituparna Chakraborty, Co-Founder & Executive Director of TeamLease, said  that she was yet to experience such trend in her career while “observing trends clinically about the private sector”.

“However, it is possible that we were fishing in a different pond from what was sampled to carry out this survey,” said Chakraborty, who has worked with over 3,500 companies across industries.