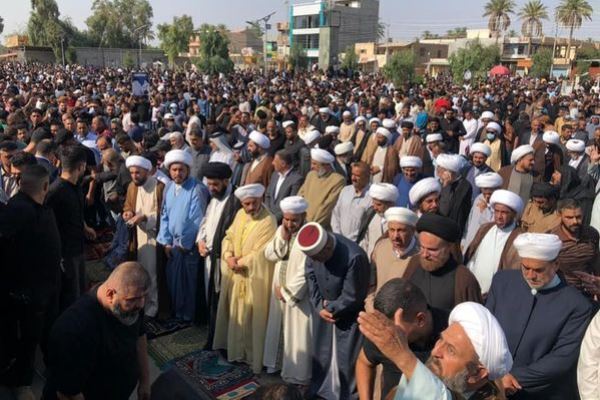 Sadr said the prayer will be held in Sadr City east of Baghdad with the aim of strengthening unity among Shia and Sunni Muslims of the country, Mawazin News reported.

It will mark the anniversary of the first such joint congregation prayer of Shias and Sunnis led by his father Ayatollah Sayed Mohammad Sadeq al-Sadr, he noted in a statement.

Do not worry about hot weather and other difficulties and attend the Friday prayer and know that God will protect you, al-Sadr stated.

Last October, thousands of Iraqis attended a joint congregational prayer in the city of Miqdadiya in Diyala Governorate to boost Islamic unity and denounce sectarian violence.

Condemning activities aimed at fomenting divisions and disunity in the Islamic society is the main objective of the joint congregational prayers held in Iraq.