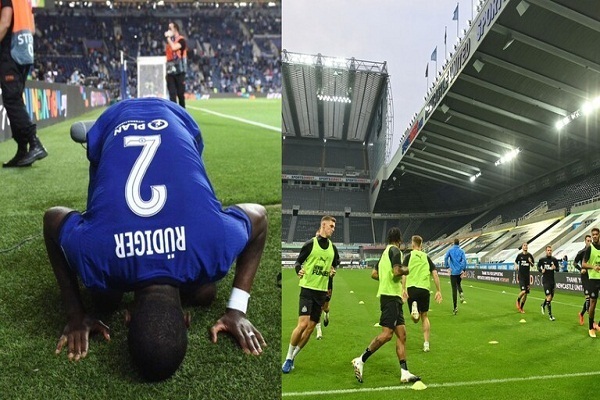 The latter who will have to go to the Ewood Park stadium to follow the matches of their favorite club, will no longer have to worry about their prayers when they coincide with the progress of a Blackburn Rovers match.

It is not uncommon to see Muslim faithful practicing their prayers in public spaces such as gardens or sports halls without them being disturbed, contrary to the situation in France, where the wearing of religious symbols in public places or the practice of prayer outside mosques is sanctioned by law.

This is the Blackburn Rovers team, which had decided to open the doors of its stadium, Ewood Park, for Muslim prayer during the celebration of the holidays of Eid al-Adha and Eid al- Fitr of this year. A first in the history of English football where hundreds of Muslim worshipers were allowed to pray on a pitch belonging to a football club.

Always wanting to serve its Muslim supporters, the Blackburn Rovers club announced a new gesture towards its Muslim fans. Indeed, the resident of the Championship (2nd English division) announced on Monday August 8 via his Twitter account the opening of prayer rooms at his Ewood Park stadium to allow his Muslim supporters to perform their prayers during team meetings.

“All adult Muslims must observe 5 obligatory prayers every day. For our Muslim supporters, we understand that observing their prayers is a necessity and we are proud to be able to put in place the necessary arrangements to provide this at any event at Ewood Park,” Blackburn Rovers wrote in their statement. .

To this end, Blackburn Rovers announced in another tweet that these prayer rooms will be made available to the club’s Muslim fans from this Wednesday, August 10, on the occasion of the match against Hartlepool in the first round of the League Cup.

“Muslim supporters attending our home game against Hartlepool this Wednesday, we understand that you will have to observe the Maghreb prayer at 8:55 p.m. Please ask a steward for directions, as we have provided a lounge to accommodate you,” the club explained.