Social
The link was copied
News ID: 3480566
TEHRAN (IQNA) – The 2022 edition of Jakarta Muslim Fashion Week (JMFW) is planned to start on October 20 in the Indonesian capital. 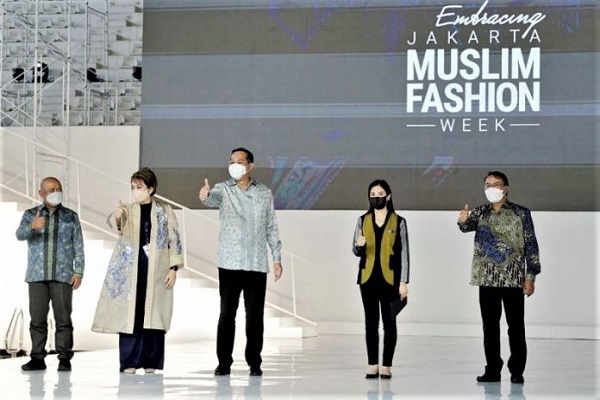 "During the 2023 JMFW, there will be various fashion exhibitions and talk shows that feature quality works from Indonesia's best designers," he noted.

"In addition, there will be a variety of supporting accessory and cosmetic products," he added.

As one of the countries with the biggest Muslim population in the world, Indonesia seeks to play a strategic role in promoting local products in fashion and accessory.

"JMFW becomes a form of support from the government and Kadin Indonesia (Indonesian Chamber of Commerce and Industry) to this primary sector," Hasan noted.

To this day, it was recorded that hundreds have confirmed their participation in the TEI-37 to expand the export destination market for their primary products.

This figure will continue to rise, given the enthusiasm of business actors in utilizing the momentum of post-pandemic recovery.

"This year, we aim to increase the number of recorded transactions within TEI," the minister stated.

To support this target, the Trade Ministry along with related stakeholders disseminated information to promote the 37th TEI and 2023 JMFW that become a single event.

In addition, the 37th TEI will feature main sectors, such as manufacture, health and beauty care, food and beverage, medical equipment, home furniture and decoration, and digital service.