General
News ID: 3480605
TEHRAN (IQNA) – The United Nations’ secretary general condemned a deadly attack in front of a mosque in the Afghan capital of Kabul. 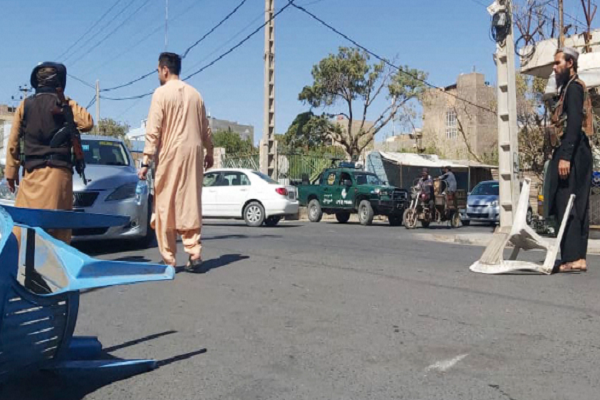 Antonio Guterres conveys his condolences to the families of the victims and wishes a swift recovery to those injured, said Stephane Dujarric, the UN chief’s spokesman, at a daily press briefing.

Seven people were killed and 41 others were wounded after an explosion ripped through the Wazir Mohammad Akbar Khan mosque in Kabul.

Placed on a vehicle, the deadly bomb exploded in front of the main entrance of the mosque on Friday afternoon as the worshippers were leaving the religious place after Friday prayers.

The blast released column of black smoke into the sky and shots rang out several minutes after the explosion in the city’s diplomatic quarter.

No group or individual has claimed responsibility for the attack.

It came on the heels of a deadly explosion in a mosque in the northern city of Kunduz weeks ago, which killed at least 33 Afghan people, including children, and wounded 43 others.

In another blast outside a mosque in Afghanistan in early September, a high-profile pro-Taliban cleric and 17 other civilians were killed.

Dozens of people have lost their lives in a series of terrorist attacks across the country over the past few weeks.

Afghanistan has been in turmoil since the Taliban, who had previously ruled the country from 1996 to 2001, took power again on August 15 last year amid a chaotic US troop withdrawal from the war-torn country.

Since then, the country has been the scene of recurrent terrorist attacks, some of which have been claimed by the Daesh (ISIL or ISIS) terrorist group.