General
The link was copied
News ID: 3480636
TEHRAN (IQNA) – The deputy head of the Islamic Movement in occupied Palestine condemned the blowing of the Jewish trumpet at Al-Aqsa Mosque as "disrespectful" of the world's 1.7 billion Muslims. 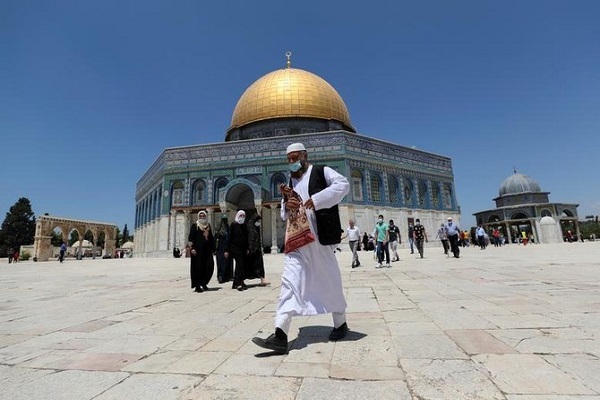 Sheikh Kamal Al-Khatib underlined that the mosque belongs to Muslims only.

Warning against the right-wing Jewish mobilization against Al-Aqsa Mosque and the constant raids of the Muslim holy site during the Jewish holidays, Al-Khatib continued: "Al-Aqsa Mosque is at the eye of the storm."

He called on every Muslim to act to support it and to prevent the Jewish "desecration of the first Qibla of the 1.7 billion Muslims."

He said Israeli regime’s politicians are using Al-Aqsa Mosque and efforts to relate right-wing Jewish access to it as part of their electoral campaigns, in an effort to garner votes.

The senior Arab leader in occupied Palestine emphasized that Al-Aqsa Mosque "is Islamic and only for Muslims and it will remain so for ever," stressing the Jewish attempts to Judaize it "will never succeed."