General
The link was copied
News ID: 3480673
TEHRAN (IQNA) – According to a new poll, more than 90% of Iraqi citizens support the allocation of a special budget for enhancing the Arbaeen pilgrimage. 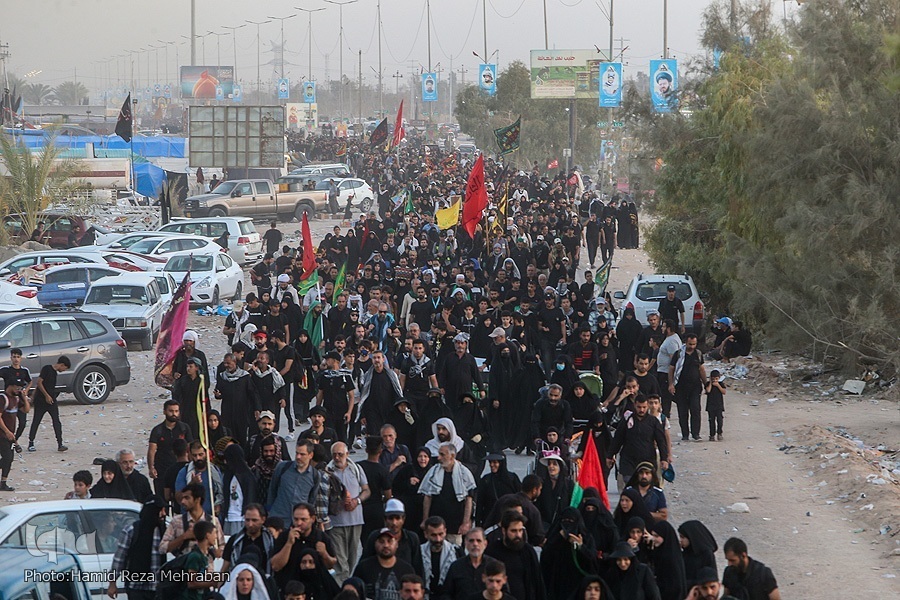 This is according to a poll conducted by the Al-Warith Academy for Human Development and Strategic Studies, non14.net reported.

Aqil al-Sharifi, director of the center, said on Thursday that the Arbaeen has become a global event with "multiple dimensions" as it is no longer limited to the religious and tourism aspects.

Describing the Arbaeen mourning procession as "one of the elements of Iraq's soft power", he said that the event bears geopolitical implications.

According to al-Sharifi, 1014 people participated in the poll, and 940 of them voiced support for the state-allocated budget for Arbaeen.

This means that 92.7% of the respondents support the decision to allocate a fixed annual percentage of the state budget to Karbala governorate and its holy shrines for the development of the infrastructure represented in particular by modern transportation, health and environmental services, municipal services, hygiene, waste recycling and other services necessary to manage millions of visitors.

The poll comes as more than 21.19 million pilgrims visited the holy city of Karbala to participate in the Arbaeen procession this year.

This is the largest number of people attending the magnificent religious event ever.

Over the past years, even in 2020 and 2021 when there were restrictions introduced to curb the coronavirus pandemic, the number of pilgrims has been growing.

It marks the 40th day after Ashura, the martyrdom anniversary of the grandson of Prophet Mohammad (PBUH), Imam Hussein (AS). This year’s Arbaeen fell on September 17.