General
The link was copied
News ID: 3481298
TEHRAN (IQNA) – A spokesman for the Palestinian resistance movement Hamas called on the Palestinian people to intensify their struggle against the Zionist occupiers of Al-Quds to protect Al-Aqsa Mosque. 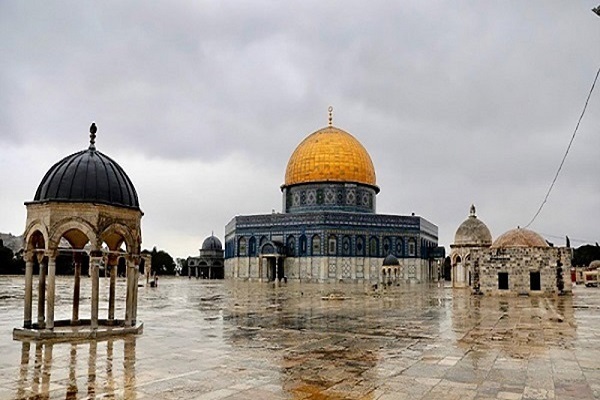 Mohammed Hamada, the spokesman for Hamas in Al-Quds, said the presence of the Palestinians in the Al-Aqsa Mosque courtyards would help to foil the plots of the Israeli regime, Al-Risalah website reported.

Noting that the normalization deals with the Israeli regime have emboldened the regime to carry out its crimes against Al-Aqsa and Al-Quds, he called on Arab and Muslim nations to support the holy city and the mosque.

The draft on the right of Palestinian people to self-determination was approved in a recorded vote of 167 in favor to 5 against (Nauru, Marshall Islands, United States, the Tel Aviv regime and Micronesia), with 7 abstentions (Cameroon, Kiribati, Guatemala, Palau, Rwanda, Solomon Islands, Togo).

The Palestinian Authority (PA) has submitted the resolution on behalf of the member states of the Organization of Islamic Cooperation (OIC).

By its terms, the Assembly would stress the urgency of ending the Israeli occupation. It would also underscore the need to respect the territorial integrity of the Occupied Palestinian Territory, including East Jerusalem al-Quds, and urge States to assist the Palestinian people in the realization of their right to self-determination.

Addressing the draft, the observer for the State of Palestine said that Israel’s occupation severely impedes the Palestinian people’s exercise of the right to self-determination. She highlighted human rights violations in her territory, including forcible displacement of Palestinians, arbitrary arrests, property confiscations, annexation of Jerusalem al-Quds and blockade of Gaza. “These violations must end for peace to begin,” she said, stressing the inadmissibility of acquiring territory by force.