General
News ID: 1410973
The opening ceremony of the 31st International Holy Quran Competition of the Islamic Republic of Iran will be held in Tehran this afternoon. 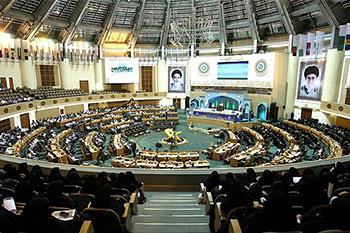 High-ranking officials as well as Quranic figures, scholars and researchers will be attending the ceremony at the Tehran Summit Conference Hall.

Representatives of 70 countries are taking part in this edition of the annual Quranic event, which is slated to continue until June 2.

A committee of 15 jurors including 5 Iranian and 10 foreign masters will judge the competition.

The annual competition is held by the Awqaf and Charity Affairs Organization to encourage the public to read the Holy Quran and to act upon the teachings of the Holy Quran.

On the sidelines of this year's competition, a Quranic exhibition will be held in which some 60 booths will showcase Quranic works and products.