Culture
News ID: 1411829
The Dallas Museum of Art is putting on display the first item from a rarely-shown Islamic art collection that it recently got on long-term loan. 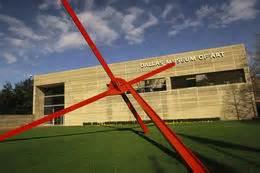 The carved crystal ewer will go on display Tuesday at the museum. The pitcher from late 10th- to 11th-century Egypt was cut from a single piece of rock crystal, AP reported.
It’s part of the Keir Collection, which is one of the largest private holdings of Islamic art. The museum announced earlier this year that the collection of almost 2,000 works was coming to Dallas as part of a 15-year renewable loan.
The museum says only seven rock crystal ewers of similar quality from the medieval Islamic world are known. The collection was assembled by a Hungarian-born collector over five decades.