General
News ID: 1411853
An Egyptian Quranic figure said organizing Quranic contests is helpful in attracting the youth and others to the Holy Quran. 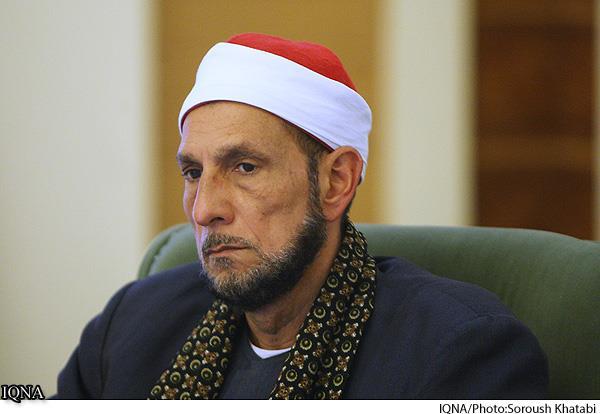 Speaking to IQNA, Muhammad Ahmed Ibrahim Basyuni, who is a member of the jury panel at the 31st International Quran Competition of Iran, added that Quran contests are important spiritual gatherings.
"I am an Egyptian Qari attending this competition with the aim of promoting the Quranic culture in the world," he stated.
Basyuni said it is the second time he attends the international Quranic event in Iran, noting that his first participation was back in 1990.
He said the Holy Quran is the Divine book that has remained without any changes or distortions and that enhances unity among Muslims all over the world.
Elsewhere in his remarks, the Egyptian Qari praised the Iranian people for their devotion to the Holy Quran.
The 31st edition of the Islamic Republic of Iran's International Holy Quran Competition kicked off in the capital, Tehran, on Monday.
120 reciters and memorizers of the Quran representing more than 70 countries are competing in the contest, which will run until June 2.
The annual competition is held by the Awqaf and Charity Affairs Organization to encourage the public to read the Holy Quran and to act upon the teachings of the Holy Quran.
On the sidelines of this year's competition, a Quranic exhibition is being held in which some 60 booths showcase Quranic works and products.
http://www.iqna.ir/fa/News/1411671