Indiana Young Muslims Want to Show ‘Who They Are'

Culture
News ID: 3339228
TEHRAN (IQNA) - Offering their friends a rare look into the teachings of Islam, young Muslim students in Evansville city in the US state of Indiana have organized the first food event in the church, bringing the followers of the two faiths closer. 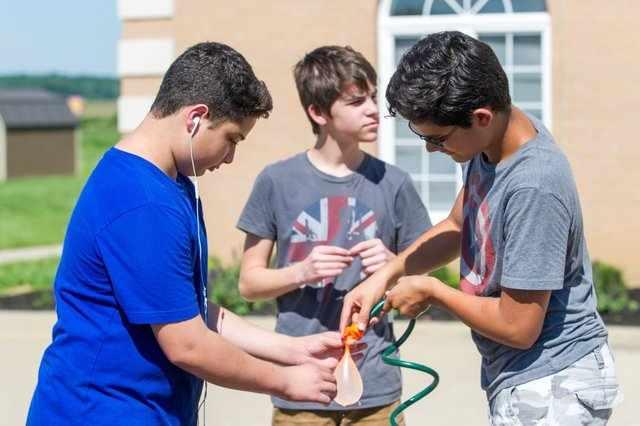 A 17-year-old Evansville girl and other young area Muslims want to show their friends and community who they are, Courier Press reported.


“This is also to help kids our age see us as friends. I want them to see us as the people we are,” said Zuha Adeel, a recent graduate of Signature School.


On Sunday, her and about two dozen others helped organize the Evansville Islamic Center’s first Grill and Chill — a way for the local Islamic youth to bring their friends to the Warrick County church to eat food and play games.


Adeel said she wants to show being Muslim and .American aren’t mutually exclusive
“This will help us as Muslim kids show people we can be Muslim and American at the same time — bring the two worlds together for ourselves and for others,” she said.


Adeel and her friend Hadeel Yusef, 17, said many of their classmates don’t know much about their faith or practices.


“Signature School has more diversity, but there were still a lot of questions,” Yusef said.
Adeel described it as a “blissful ignorance.”
“People don’t feel they need to know about it. I understand. It’s not something that affects someone’s everyday life like their own religion would.


Imam Omar Atia said the event was about having fun, but also about their church members getting to know their friends and community.


“This helps them to feel very comfortable with their identity that they don’t necessarily always share or talk about or expose with their peers,” Atia said.


He cofounded the Reclamation Studios initiative, which received national attention after a WNIN public radio report was broadcast by National Public Radio.


The initiative is to fight the preconceived perceptions of his faith and to encourage people to ask questions about Islam, “even the questions that are negative,” he said.