General
News ID: 3461173
TEHRAN (IQNA) – A bomb went off in a mosque in Karachi, Pakistan, on Monday, killing a teenager and injuring 15 others. 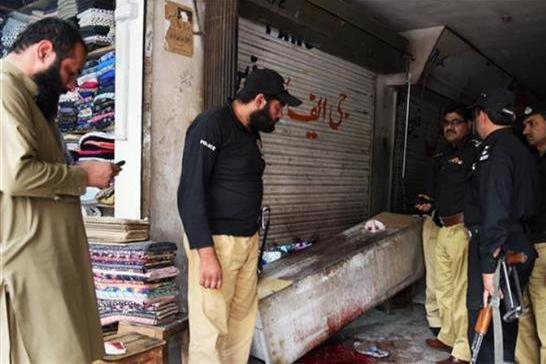 According to Karachi police chief, Mushtaq Meher, two men on a motorcycle lobbed the bomb as women and children sat outside the mosque in the Pakistani port city's densely populated Liaquatabad district.

"One boy has expired and another boy and a woman are in critical condition,” he said, Reuters reported.

No group has claimed responsibility for the attack yet.

Soon after the blast, the worshipers gathered outside the mosque and chanted slogans to protest about the lack of security provided to them in the Islamic month of Muharram.

That marks the time when Shia Muslims around the world mourn the martyrdom anniversary of Imam Hussein (AS), Prophet Mohammad's (PBUH) grandson in the 680 AD Battle of Karbala.

Shias make up about a fifth of Pakistan’s mainly Sunni population of around 180 million.

The government pledged to crack down on all militant groups following the December 2014 massacre of 134 children at an army-run school in the northwestern city of Peshawar.

It has reintroduced the death penalty, set up military courts to speed convictions and widened its military campaign in lawless tribal areas.