Unique Project Aims to Fight against Islamophobia in Australia

General
News ID: 3464420
TEHRAN (IQNA) – April Robinson is still shocked when she hears stories from Muslim women about being spat on, pushed over, having their head scarf torn from their heads, or simply being ignored. 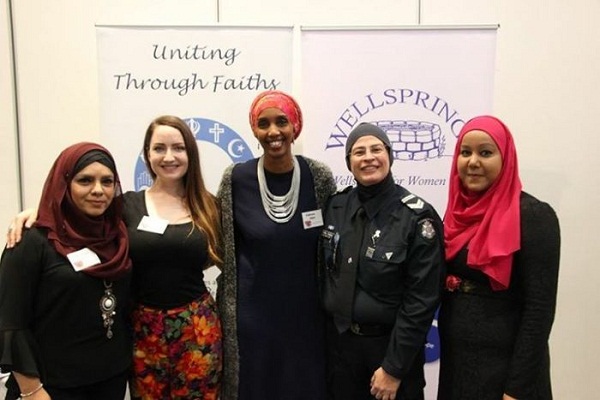 But instead of sitting idly by she decided to do something about it, and started The Resilient Women project in conjunction with the Uniting Church in Australia.

For the past three years the Interfaith Research and Network Developer has heard perpetual stories of Muslim women being victimized in public.

"But, I learned that for this group [of women], this abuse is much more serious."

She says the aim of this project is to raise awareness and devise strategies to address the ongoing attacks and insults against these women across Australia.

"This problem is largely unnoticed by the public, which means the vulnerability of Muslim women to public violence goes without a response [and] I wanted to provide that response," Ms Robinson says.

Through the project's forums, women from different backgrounds, including Islam, share their stories and experiences.

Ms Robinson says these forums are an attempt to develop positive initiatives for individuals, community leaders, and government agencies as a way to respond to violence against women.

"It is our hope … that this project has helped to amplify women's voices, bringing more awareness of not only the attacks women face, but also their resolve," she says.

"Resilient Women is about ensuring that these stories of violence do not define them and it aims to pay homage to their inspirational determination to move beyond fear and continue building their lives and community."

Ms Robinson is planning to go to Indonesia later this year to discuss the project with the wider community.

"This violence is based not on their characters nor their actions, but on a misplaced belief tying Islam to terrorism," she says.

Last month, the Islamophobia in Australia report, billed as the first of its kind in the country, said almost 80 per cent of women abused were wearing head coverings.

The report analyzed 243 verified incidents related to Islamophobia gathered by the Islamophobia Register Australia between 2014-2015.

The report is a collaboration between several universities, the Islamic Science and Research Academy, and the Diversity Council Australia.

It states "Islamophobia is not necessarily associated with the public's reaction to terrorism per se, but perhaps the very existence and visibility of Muslims and Islam".

The report also suggests that there is a lack of knowledge about Islam, and Muslim community members share an equal responsibility in countering Islamophobia in the country.

"This responsibility extends beyond raising awareness of anti-Muslim actions to actively engaging with members of the wider community to help shape their views about the faith practiced by Muslims in Australia," the report states.