Culture
News ID: 3464575
TEHRAN (IQNA) – A rare copy of the Holy Quran has been put on display at the international book fair in Doha, Qatar. 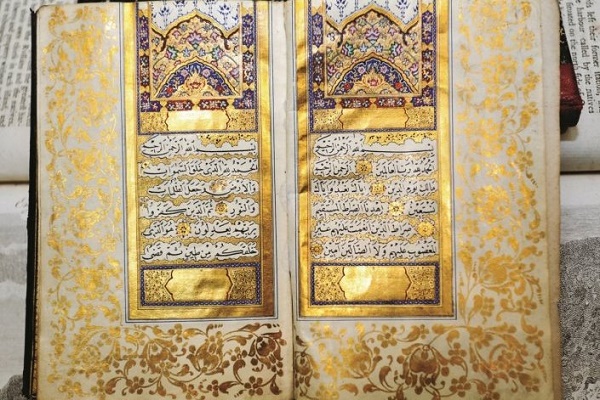 The manuscript copy dates back to over four centuries ago, said Muslim Saqa Amini, director of Qatar’s World Heritage and Arts Institute, which owns it and has put on display at the book fair.

He said the copy had been first presented as a gift to Selim II, the Sultan of the Ottoman Empire in the late 16th century.

The copy is estimated to be worth over 3 million Qatari rials.

Amini noted that the institute also owns other rare handwritten books, including a copy of the Bible written on deerskin.

Qatar’s international book fair began in the Persian Gulf Arab country on November 29 and will run until December 4.

More than 350 publishers from 29 countries have put their latest books on display at the book fair.