OIC Summit in Istanbul to Focus on Quds

General
News ID: 3464668
TEHRAN (IQNA) – On Wednesday, the Organization of the Islamic Cooperation (OIC) will hold an emergency summit in Istanbul to discuss recent regional developments, especially as they pertain to Quds (Jerusalem). 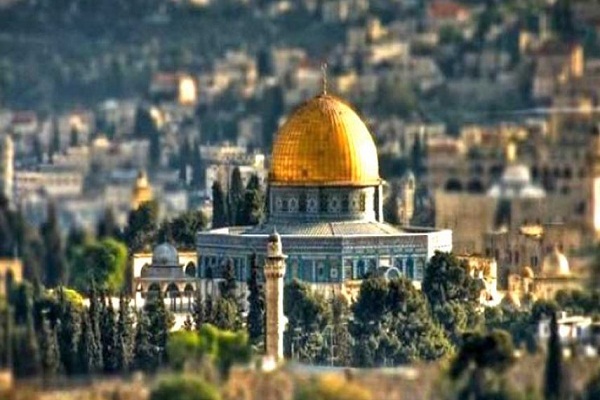 Jordan's King Abdullah II on Monday said the upcoming Islamic summit in Turkey would focus on the “challenges” posed by last week’s recognition by the US of Quds as Israeli Regime’s capital.

He made the remarks at a meeting with Chuichi Date, president of Japan’s House of Councilors, at Amman’s Husseiniya Palace, according to a statement issued by Jordan’s Royal Court.

Last week, US President Donald Trump announced his decision to recognize Quds as Israel’s capital and relocate the US embassy to the city.

The dramatic shift in longstanding US policy drew angry reactions -- including numerous demonstrations -- from across the Middle East.

During his electoral campaign last year, Trump repeatedly promised to move the US embassy from Tel Aviv to Quds and acknowledge Quds as Israel’s capital.