General
News ID: 3464790
TEHRAN (IQNA) – A leader of Yemen’s Houthi Ansarullah movement and 30 others have lost their lives in Saudi airstrikes in the western parts of the country, a report said. 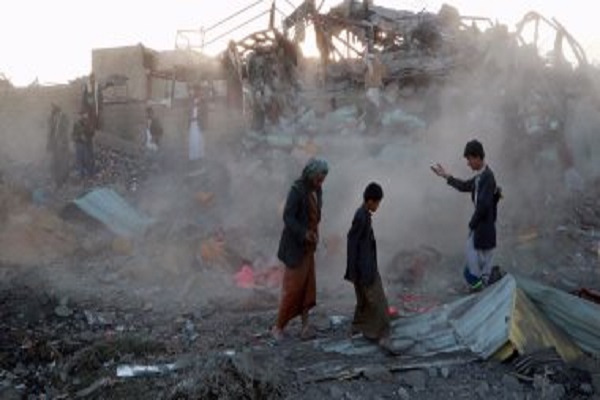 Sky News Arabic said Yassir Faisal Ahmar was among those killed in the Saudi bombings on Tuesday.

It added that another senior Houthi figure, Muhammad Hassan Susuh was also killed in clashes with Saudi-Emirati mercenaries in Bayda governorate.

Since March 2015, Saudi Arabia and some of its Arab allies, including the United Arab Emirates, have been carrying out deadly airstrikes against the Houthi Ansarullah movement in an attempt to restore power to fugitive former president Abd Rabbuh Mansour Hadi, a close ally of Riyadh.

Over 14,000 Yemenis, including thousands of women and children, have lost their lives in the deadly military campaign.