No Hajj If Ram Temple Not Built: India’s BJP

General
News ID: 3466289
TEHRAN (IQNA) – A leader of Hindu extremist Bharatiya Janata Party has warned Indian Muslims that they would not be allowed to go on Hajj pilgrimage, if they create obstacles in the construction of Ram Temple on the site of Babri Masjid at Ayodhya in Uttar Pradesh. 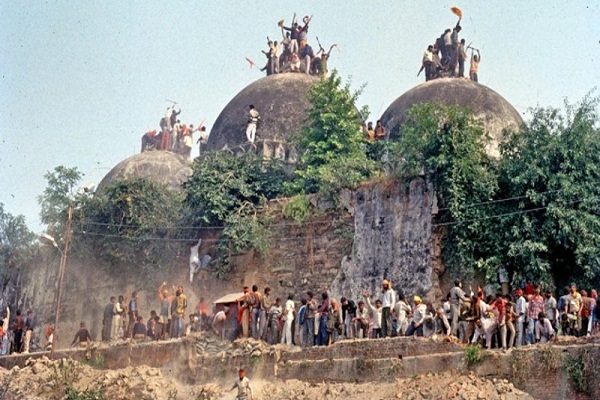 BJP MLA Brijbhushan Rajput from Charkhari, Uttar Pradesh, in a video message said: “The Muslim community should respect the feelings on the issue of Ram Temple of one billion Hindus in the country. If they don’t do so, we will not respect their feelings too.”

“If Muslims create hindrance or stop construction of Ram Temple, their Hajj pilgrimage will also be stopped,” Rajput said.

Rajput demanded that the minority status of Muslims should be repealed and the subsidy given on Haj pilgrimage should be scrapped.

After putting up the video on his Facebook page, Rajput was quoted by Hindustan Times as stating it was not his statement but that of millions of Hindus.

Justifying his stand, he said that if Muslims were taking it as a threat then let it be. “I completely stand by what I have said in the video,” he added.

Meanwhile, a litigant in the Ayodhya temple-mosque land dispute case told the Supreme Court in New Delhi that the Babri Masjid was destroyed by the Hindu Taliban just like the demolition of the Buddha statue at Bamiyan in Afghanistan.

“No law or the Constitution allows destruction of religious structures of any faith,” senior advocate Rajeev Dhavan, appearing for the legal heirs of M Siddiq, the original litigant who died, told a Bench of Chief Justice Deepak Misra and Justices Ashok Bhushan and S Abdul Nazeer.