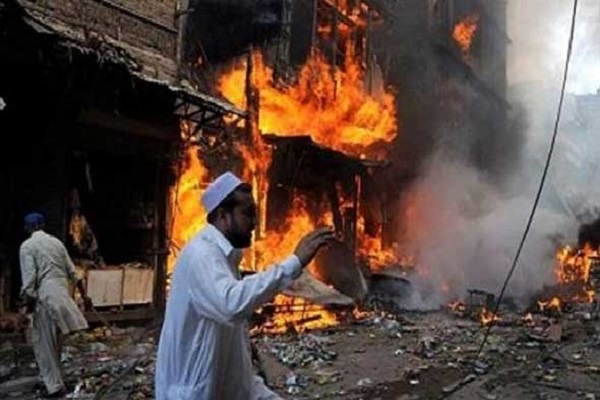 The explosion, which appeared to have targeted a police convoy, took place just hours after polls opened in Pakistan for the country's parliamentary elections.

More than 30 political parties and 12,570 candidates are competing for the support of some 106 million registered voters, who will elect both the national and four provincial assemblies.