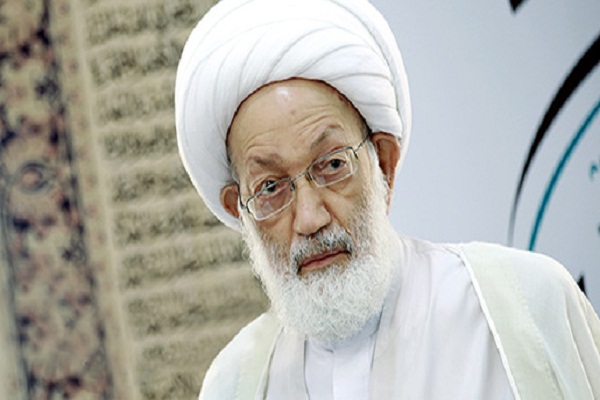 According to Almuqawim, the institute for preserving and publishing works by the senior cleric, Sheikh Qassim arrived in Mashhad, which serves as the spiritual capital of Iran, on Saturday.

Late in December, the top cleric traveled from the UK to Najaf, where he visited the holy shrine of Imam Ali (AS), the first Shia imam, after nearly half a century since his last visit.

Under house arrest since May 2017, the Bahraini cleric was flown to Britain in July 2018 for medical treatment.

The online newspaper Rai al-Youm had quoted informed medical sources in London as saying that the top cleric is suffering from cancer, adding that the disease is in an early stage.

Late in 2017, Sheikh Qassim was taken to a private hospital in critical condition and underwent surgery in February.

The Al Khalifa regime seeks to silence the opposition and put its leaders in jail, send them into exile or revoke their citizenship.

On May 21 last year, a Bahraini court convicted Sheikh Qassim of illegal collection of funds and money laundering, and sentenced him to one year in jail suspended for three years. It also ordered him to pay $265,266 in fines in a ruling which sparked widespread demonstrations across the kingdom.

Bahraini authorities stripped the cleric of his citizenship on June 20, 2016. They later dissolved the Islamic Enlightenment Institution founded by Sheikh Qassim as well as the opposition al-Risala Islamic Association.

Anti-regime protesters have held demonstrations in Bahrain regularly since February 2011.

Scores of people have lost their lives and hundreds of others sustained injuries or got arrested as a result of the crackdown.