Social
News ID: 3468581
TEHRAN (IQNA) –   New Zealand police have charged the Australian man accused of killing 51 people and wounding dozens of others in two Christchurch mosques in March with terrorism. 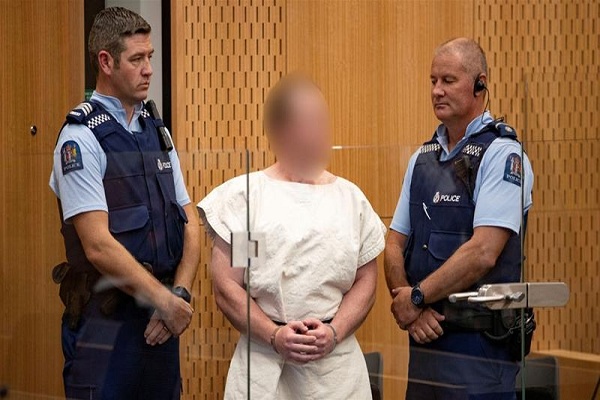 In a statement released on Tuesday, police said a charge of engaging in a terrorist act under section 6A of the Terrorism Suppression Act 2002 had been filed against 28-year-old Brenton Tarrant.

The self-confessed white supremacist is accused of opening fire in the al-Noor and Linwood mosques on March 15 in the worst mass shooting in New Zealand's recent history.

Women and children were among those killed.

Until now, the charges against him were less expansive. Police said the decision to lay the terror charge was made after consultations with prosecutors and government legal experts.

In April, Tarrant appeared at Christchurch High Court via video link from New Zealand's only maximum security prison in Auckland more than 1,000 kilometres north of Christchurch.

He is next due to appear in court on June 14, after being remanded in custody and ordered to undergo psychiatric assessment to determine if he was fit to stand trial.

Police notified roughly 200 family members of attack victims and survivors about the additional charges at a meeting on Tuesday, the statement added.

"Police are committed to providing all the support necessary for what will be a challenging and emotional court process to come for the victim's families and survivors of the attack," they said.

New Zealand Prime Minister Jacinda Ardern has characterized the mosque killings a well-planned "terrorist attack" on one of the country's "darkest days".

The attack was live-streamed on Facebook - and the footage was widely shared - sparking wide-ranging condemnation of social media networks' ability to control the content shared on their platforms.

A nine-point action plan was adopted at the "Christchurch Call to Action" summit with world leaders in Paris last week.

Tarrant had purchased his weapons legally online and modified their capacity by using 30-round magazines.

The five organizations signed an agreement saying they were aware he might try to use the trial as a platform to promote white supremacist or "terrorist" views.